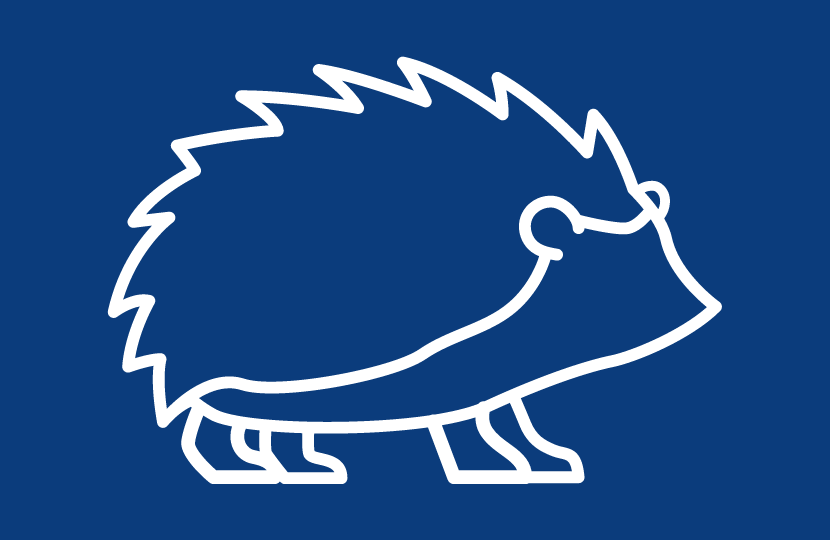 Hedgehogs might have symbolised good luck for the ancient Egyptians, but due to their decline in numbers, Parliament has been debating legal protections for hedgehogs as they otherwise face the threat of extinction. The petition, which received more than 108,000 signatures, states: “Now the hedgehog has been listed as vulnerable to extinction in the UK, we are calling on the Government to move hedgehogs to schedule 5 of the Wildlife & Countryside Act 1981 to allow them greater protection.”

In 1995, the hedgehog population in Great Britain was 1.55 million and whilst they remain widespread across urban sites, fewer places record them today than fifteen years ago. In fact, rural hedgehog populations are declining more rapidly than urban ones and perhaps, contributing factors could include the intensification of agriculture reducing quality and quantity of hedgehog habitats and the scarceness of prey in agricultural soils.  Additionally, since nationwide it is estimated that around 100,000 hedgehogs are killed on the roads annually, perhaps the reduced hedgehog numbers in the countryside is due to the high speed limit in lanes and reduced lighting causing drivers to have difficulty in spotting wildlife on the road. However, between 2002 and 2017, counts of hedgehog road casualties fell by between a third and a half across Great Britain. Additional consequences of agriculture include the use of pesticides which kill the hedgehog’s prey, such as slugs and beetles, and can also directly poison the hedgehogs.

Interestingly, in the specific locations where hedgehog numbers have held up, there has been an increase in their numbers. This could be due to fewer available habitats elsewhere, further hindered by garden hazards such as netting and ponds which causes further hedgehog casualties and restricts habitats. Hedgehogs can easily become trapped in netting and starve, dehydrate or drown. Instead, hedgehogs thrive in natural gardens, with holes in fences allowing them through to neighbouring plots and woodland. This demonstrates that where we help hedgehogs to thrive, their numbers could be increased.

Thankfully, the current population of hedgehogs is levelling, yet the hedgehog is in the red list for British mammals and is threatened with extinction, further highlighting the importance of protecting such animals as extinction would disrupt the food chain putting more animals at risk of becoming endangered.  Although this is the case, hedgehogs are not listed as a protected species under Schedule 5 of the Wildlife and Countryside Act, 1981 and do not have the protection as such in Section 9, making it an offence to disturb any listed animal. However, Badgers, a main predator to hedgehogs, and their setts (tunnels and chambers where they live) are protected by law, yet hedgehogs are not. Therefore, this is leading to further risk of hedgehog extinction and not allowing for natural decline of the badger, perhaps contributing to the fact that Britain’s hedgehog population has fallen 66 percent in 20 years. This factor could also threaten other animals with extinction if the badger replaces the hedgehog. However, this fact is debatable since hedgehog numbers also dropped in areas with a low badger count. Overall, increased hedgehog protection along with keeping natural hedgehog habitats accessible, such as keeping leaves, could all contribute to having a stable hedgehog population throughout Britain. The Environment Bill 2021-22 states developers must submit a ‘biodiversity gain plan’ alongside usual planning application documents. The local authority must assess whether the 10% net gain requirement is met in order to approve the biodiversity gain plan which means more hedgehogs could survive and further combat the threat of extinction.

In 2015, a wildlife charity set up a hedgehog maternity unit in a shed in a bid to try to boost the numbers of one of Britain's most vulnerable wild animals. East Sussex Wildlife Rescue & Ambulance Service (WRAS) was caring for two female hedgehogs who gave birth to a litter each and another who gave birth later. They were rescued from Bexhill, Hailsham and Eastbourne.

Parliament debated the protections needed for the hedgehog population due to the public demand. If over 100,000 constituents request that MPs debate a motion, then we generally do. I know that many constituents would have wanted me to add my voice. This is not a surprise given we are a constituency rich with, and inhabited by residents who love, nature. I was listed to speak but, at the same time in the House of Commons chamber, the Health Secretary was taking questions from MPs after announcing the easing of the last remaining COVID restrictions. As this article demonstrates, I am with all constituents who want to do more to help protect, and enhance numbers of, our prickly residents.