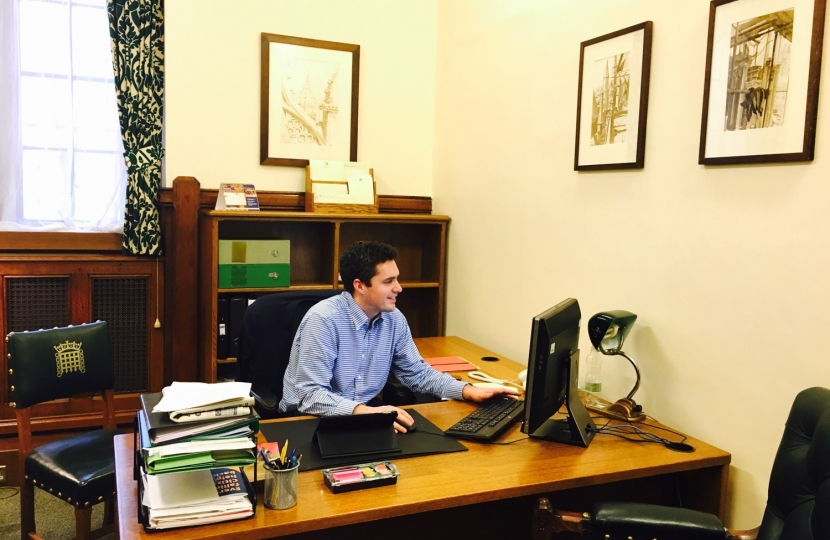 I was first elected in May 2015. Representing the 100,000 constituents, and helping with their concerns and challenges, is a great privilege.

Born and raised in 1970’s Buckingham, my mother was a teacher and my father worked for the local district council. Ours was a socialist household and both my parents and grandparents were involved in the trade union movement. Buckinghamshire had a grammar school system and, having failed my entrance exam, I attended Buckingham County Secondary Modern school where there was little emphasis or encouragement for academic qualifications. Ignoring the advice of my teachers not to waste my time studying for A levels, I left my school to attend Aylesbury College of Further Education. It was here that I gained a taste for learning and I achieved good enough A levels to take me to Durham University where I read law. I consider it my great fortune to have experienced both sides of the educational coin growing up.

After graduating, I qualified as a barrister and worked in a criminal practice for a short time in London. Preferring a commercial challenge, I moved to an in-house legal position and spent 17 years working as a banking and finance lawyer. My final position, as a Managing Director and Lawyer, was leading a team that unwound the Lehman Brothers’ estate in Europe. This position was a huge challenge in crisis management. Our small team repaid every creditor in full, with an expectation of a further 50% of interest to be paid back on top.

I am a firm believer that politicians should experience a career outside of politics. My twenty years in the private sector has given me a strong sense of perspective that has proved invaluable in my political work in Westminster.

During my time at the Bar I represented many young people whose lives had gone wrong for a variety of reasons and who were now facing the prospect of imprisonment. It was here that I learned how important early intervention was in improving young people’s prospects and I wanted to work with young people to help them see a better future before it was too late. Accordingly, I spent 5 years as a trustee and volunteer in a youth charity set up following the Brixton riots. Our youth centres provided after-school learning, music and acting classes, sport and work in the environment to try and encourage our young people to see past the lure of gang-culture and empower themselves with an education and a career. I then spent a further five years as a governor of a former failing secondary school in Shepherd’s Bush, London, as part of a new team tasked with transforming the school. Our results went from way below the national average to well-above, and our head was knighted for his visionary work.

I moved to East Sussex in 2006 and was almost immediately elected as the Wealden District Councillor for Rotherfield, serving as the head of Wealden’s Scrutiny Committee focussing on finance. My role as a Councillor gave me an excellent grounding in representing people as well as understanding the needs of my community. I enjoyed getting stuck in to help the parish: from strimming the verges, clearing the snow, marshalling for bonfire societies to campaigning to save our pubs, post offices and essential services from closure.

In 2012 (following a post as the Chairman of Wealden Conservative Association) I successfully gained the nomination to become the Conservative Parliamentary Candidate for Bexhill and Battle, and went on to secure my seat in the 2015 General Election.

During my time in Westminster, I have thrown myself in to a wide variety of responsibilities. I have served on numerous Bill Committees in the areas of Finance, Transport and Education. I was a member of the committees which put the 2015 and 2016 budgets in to law. From July 2017 to August 2018 I served as Parliamentary Private Secretary (PPS) to Ministers in the Department for Work and Pensions. In August 2018 I was appointed PPS to Ministers in HM Treasury and in December 2018 I was appointed PPS to the Chancellor of the Exchequer.

Having served as a member of the Transport Select Committee since 2015, I was elected Chair in 2020. The committee's role is to scrutinise government and industry performance on national transport.

As with my working partnership with local councillors, I work with MPs from all political parties. I am the Chairman of the All Party Parliamentary Group (APPG) on Bees which campaigns to raise awareness of the risks to pollinators and promote their wellbeing. I am also Chairman of the APPG for the BBC, an Officer of the APPG on Autism (for whom I chaired a national inquiry on Autism and Education), the vice Chair of the APPG on knife crime, Vice Chair of APPG on Domestic Abuse and the vice-Chair of the APPG for Fairtrade.

I have commuted on a daily basis to Westminster from my home in East Sussex. This allowed me to focus on the constituency when Parliament is, and is not, sitting. In 2016, I opened an office in the heart of Bexhill town centre to be more accessible. Throughout my years as an MP, I have been rated as one of the most frequent speakers in Parliamentary debates. My work in the constituency, listening to the challenges and concerns of residents, motivated me to give a voice to my constituents inside the Parliamentary chamber.