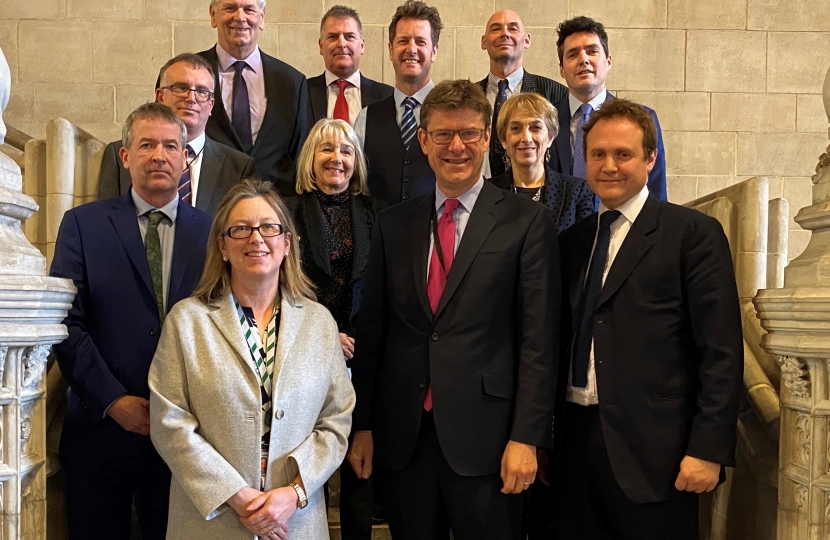 Members of the A21 Reference Group met in Parliament on Monday (10 February) to step up their campaign to see the road dualled all the way to the South coast.

The group, which consists of MPs whose constituencies lie along the A21, representatives from local authorities and Transport for the South East, played a key role in persuading the Government to undertake the most recent dualling of the A21 between Tonbridge and Pembury.

With the new Government committed to improving infrastructure, and to ‘level up’ communities where income is low, the group is determined to ensure that better access to Hastings is secured alongside upgrades in the North and Midlands.

The A21 is described by Transport for the South East as “the least developed Strategic Road Network road” in the South East area, a situation which: “undermines the potential for this corridor to support regeneration and economic development in left behind towns such as those in the Hastings area.”

Priorities for upgrading are the stretches of A21 between Kippings Cross and Lamberhurst, a bypass for Hurst Green – the last major village bisected by the A21 – and better access to Hastings near the Conquest Hospital and Baldslow.

The group is also pushing for £20 million in funding for short-term improvements along the length of the road, and for safety improvements at the new section at Castle Hill.

Speaking after the meeting, group co-ordinator Greg Clark, the MP for Tunbridge Wells, said: “The A21 Reference Group allows MPs and local authorities to co-ordinate our efforts to deliver the goal of seeing the A21 dualled all the way to the coast.

“The majority of the road south of Tunbridge Wells is single carriageway and is nowhere near the standard needed for main link between London and Hastings. It is unsafe, congested, blights the lives of those who live by it and holds back the economic potential of towns like Hastings. The aim of the Reference Group is to bring the A21 into the 21st century.”

Tonbridge and Malling MP, Tom Tugendhat, said: “The A21 improvements must continue, both beyond Tonbridge towards Hastings and also on our existing dual carriageways. That’s why I am continuing to push for investment with the rest of the A21 Reference Group. We need further works at the junction with the M25 and also to improve safety on the newly dualled stretch between Tonbridge and Pembury.

“Next week’s closure between Hildenborough and Tonbridge has the potential to cause significant disruption across the area. I was concerned that many other authorities had not been notified. This will show why investment in the whole route is urgently needed.”

Huw Merriman, MP for Bexhill and Battle and Chair of the Transport Select Committee said “The safety and resilience of the A21 has been a top priority for me since being elected in 2015. I have consistently lobbied for a long-term solution to this road which I believe can only be achieved by complete dualling of the road to Hastings. If our local economies and communities in East Sussex are to thrive then we need to ensure that this key route to the M25, London and the rest of the country is fit for purpose.”