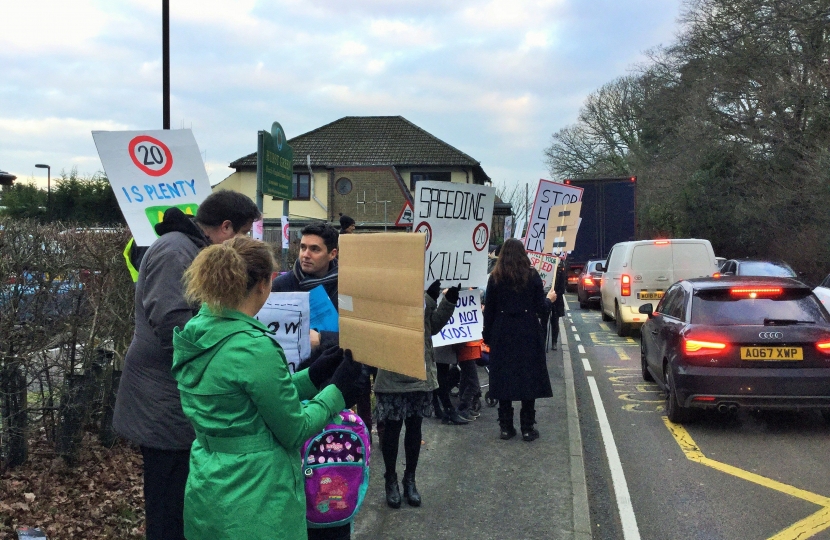 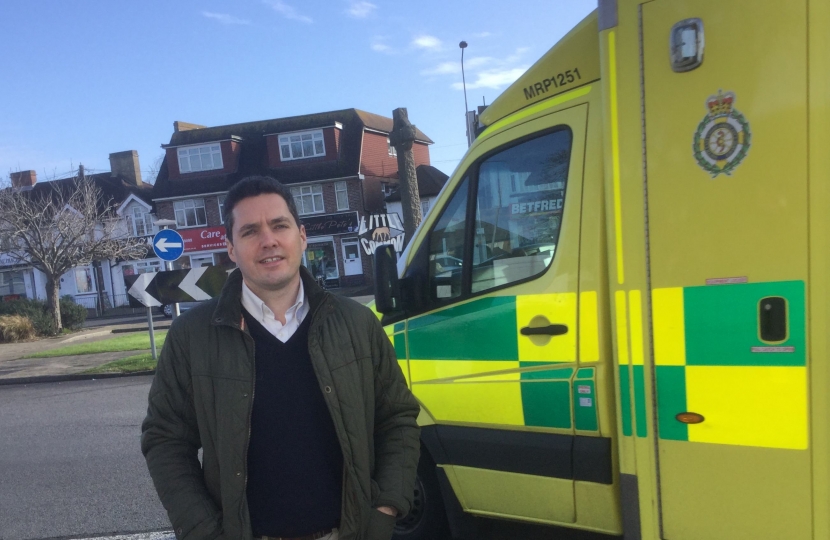 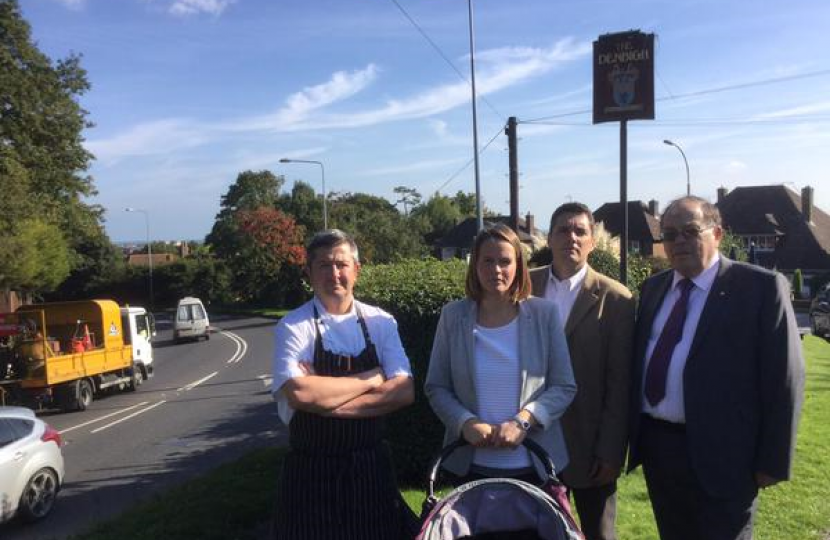 Bexhill and Battle is connected to the rest of the country by two main trunk road – the A259 (linked to A27) and the A21. Both these roads are managed by Highways England and are almost entirely single carriageway throughout the constituency and the rest of East Sussex. East Sussex has only 11.9km of dual carriageway throughout the whole county. Major road infrastructure improvements are needed in our area if we are to create a safer road network and increase the flow of investment in jobs, businesses and housing in our community.

The A21 is the UK’s most dangerous stretch of road. It is a key trunk road for the constituency linking us to the M25, London and airports. It is managed by Highways England.  It is wholly unacceptable that such a key route it is not a dual-carriage way from start to end. Villages along the A21 such as Hurst Green experience noise, congestion and accidents.

Whilst I welcome the extension of the dual-carriageway between Pembury and Tonbridge that opened in 2017, we now need the same investment to be delivered along the whole length of the A21 through Bexhill and Battle and onto Hastings.

As a member of the A21 Reference Group of MPs and local council representatives, I have been actively lobbying the Government and Highways England to continue road improvements south of Tonbridge especially at key pinch points like Hurst Green. I have recently written to key partners including County and District councils South East LEP and Highways England to ask for their views and support in applying to the government’s new Housing Infrastructure Fund. The Fund has been created to support infrastructure projects which deliver much-needed housing.

As major road improvement projects can take a long time to deliver, I am also pressing Highways England to come up with a strategy to make the A21 safer for all road users which can be implemented as soon as possible.

Last year I attended a meeting with local residents, councillors and Highways England to hear concerns about the increased traffic congestion on the A259 in Little Common. Traffic has increased by 20% during peak times since the Bexhill to Hastings Link Road was opened in December 2015.

Residents told me that traffic is often at a standstill on Barnhorn Road and the increased volume is affecting quality of life in the area.  Housing developments have been approved that will adjoin the A259 in Little Common and residents are worried about the increased volume of cars accessing the trunk road and related safety issues.

Many residents would like to see the former Bexhill by-pass plans to be reconsidered to relieve traffic pressure on this area. I therefore wrote to key local partners and Highways England to establish whether a major by-pass road scheme could be re-considered, and whether the Housing Infrastructure Fund would be a possible source of funding.

The view from key partners was that Little Common would have to accept far higher housing numbers than currently proposed in the Local Plan in order to attract this road infrastructure funding. This is therefore a matter for our local councillors and residents to consider as part of a longer term plan for the area. For the immediate future, I will continue to press Highways England for measures that will improve the safety and traffic management of this road.

The A27 is a key route for the south coast and, as any regular commuter between Bexhill and Brighton will know, the section of road between Polegate and Lewes is congested, slow and prone to accidents. This is bad for the local economy and impacts on the lives of people who live and work in East Sussex. I have therefore joined with neighbouring MP and local representatives in calling the government to help secure funding to create a dual carriageway to alleviate the bottleneck on this part of the South East’s strategic road network.

MPs welcome acceleration of safety upgrade to A21

The group of MPs whose constituencies lie along the A21 have welcomed a new decision by Highways England to bring forward by five years comprehensive plans to upgrade safety along the route.

Members of the A21 Reference Group met in Parliament to step up their campaign to see the road dualled all the way to the South coast.

Driving the Agenda on UK Transport

You’d have thought that MPs would have had enough of elections but, inside, we’ve been at it again with the elections for the Chairs of the House of Commons Select Committees.

MP slams Highways England on disparity of A21 projects

Bexhill and Battle MP, Huw Merriman, has challenged the Chief Executive of Highways England to justify its approach to road building and improvements on the A21. The exchange came during a Transport Select Committee evidence session in Parliament on the work of Highways England last week.

Hosting MPs and Transport for the South East

It was a pleasure to host Cllr Keith Glazier and his team from Transport for the South East.

A number of our schools are on, or near, busy and dangerous roads. Many are struggling to recruit school crossing staff to help the pupils and parents cross safely to get to and from school.

Transport Select Committee: Road Safety Enquiry on the use of mobile phones

In this week’s Transport Select Committee session on road safety and the use of mobile phones, the committee took evidence from a panel including Dr Gemma Briggs, Senior Lecturer in Psychology, Open University, Dr Shaun Helman, Chief Scientist, Transport Research Laboratory and Nick Lyes, Head of

To help push the Transport Select Committee’s ideas from our inquiry on Active Travel, I asked the Transport Minister what more can be done to ensure that safety projects can be delivered by local authorities to help cyclists and walkers.

In our final part of the Transport Select Committee’s inquiry to the bus market, I asked for better regulation to ensure that bus companies must provide services in the public good. I also asked for more powers to regulate.

During this week’s PMQs Bexhill MP, Huw Merriman, asked whether statutory requirements should be brought in to help deliver safe crossing points for schools.