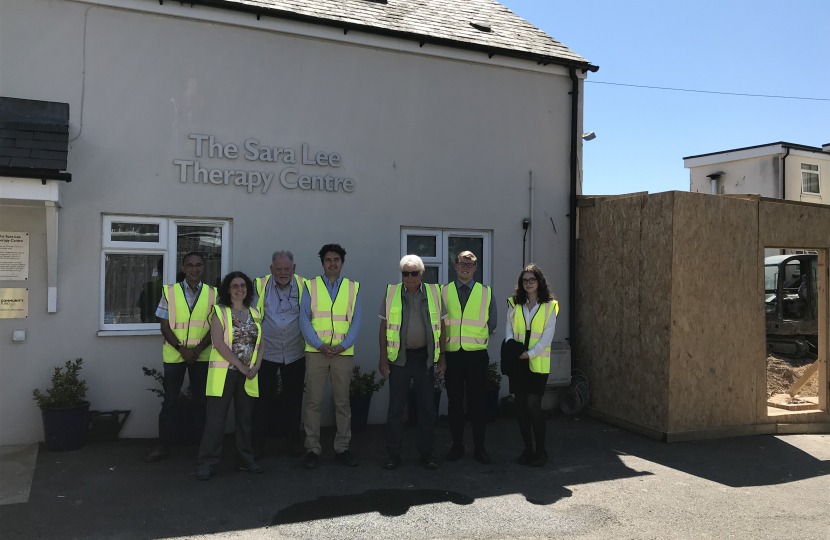 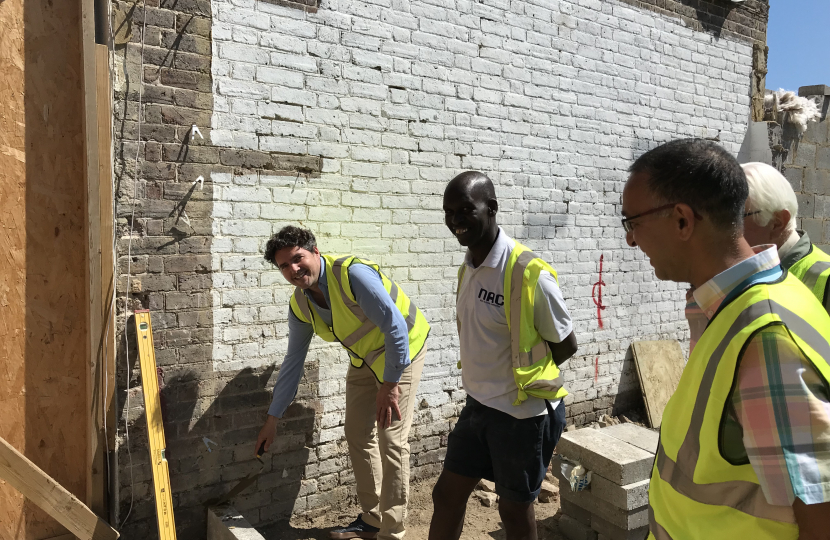 Huw Merriman, MP for Bexhill and Battle, visited the site of The Sara Lee Trust’s Therapy Centre in Sidley last week to view the site of The Trust’s new Hallspace, which is due to open in March 2023.

Mr Merriman laid the first brick for the new bespoke hall, a space that will allow The Trust to expand group support and activities so they can help more local people affected by cancer and other life threatening illnesses. Plans are to offer gentle yoga, mindfulness and other group activities in the new building, more than doubling The Trust’s capacity to support local people in the Bexhill area.

Huw Merriman, said, “It’s really important that local residents are able to easily access support and therapies which help them with some of the most difficult and challenging health issues they may face. I’m really pleased that the Sara Lee Trust has embarked on this a project to expand their facilities and services in the centre of Sidley where they are accessible to all. It was great to see the project right at the start of the construction process and I’m looking forward to returning in early 2023 to see the finished building.”

The Sara Lee Trust has supported thousands of local people who are affected by a life threatening illness, for over 25 years. Their first therapy room in St. Michael’s Hospice was opened in 1996, where they still provide specialist end-of-life counselling and complementary therapy services today. They also provide these services to patients at the Rye, Winchelsea and District Memorial Hospital and at their Therapy Centre in Sidley, which opened in autumn 2017.

Dan Redsull, CEO for The Trust, said, “Over the last five years, the demand for The Sara Lee Trust’s services in Bexhill has become much higher than we can accommodate in our existing building in Sidley. With funding support of £249,000 from The National Lottery Communities Fund, we are able to build a new bespoke hall, adjacent to the Therapy Centre. The existing Centre will also be remodelled to provide an extra therapy room; and a further counselling room and breakout space will be included in the new building.”

The National Lottery Communities Fund grant covers two thirds of the costs of building and furnishing the new hall space. However, as a small local charity, The Sara Lee Trust is still seeking support for the project. If you would like to support The Trust’s new therapy hallspace, you can donate at www.saraleetrust.org