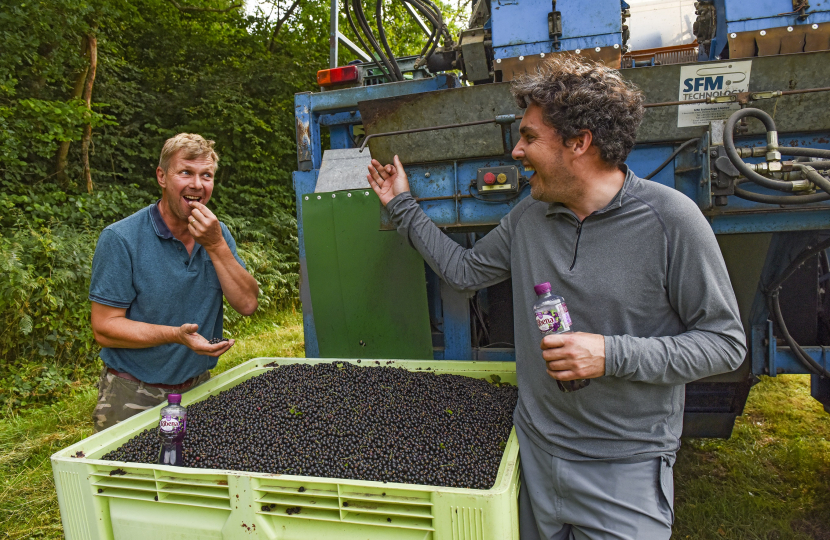 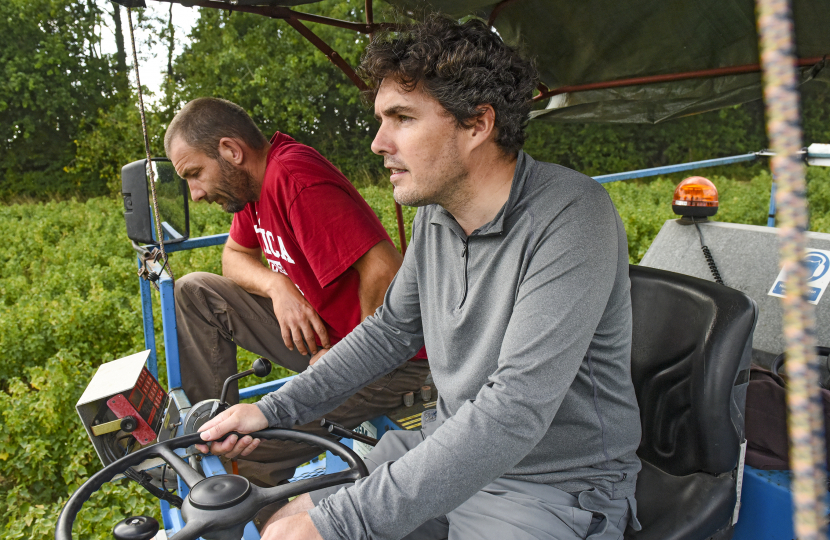 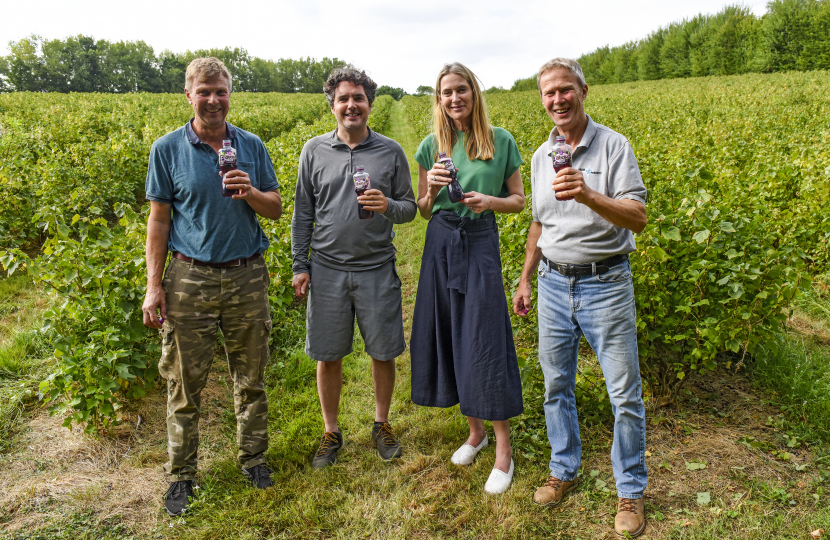 With just over 90 percent of all British grown blackcurrants being used to make Ribena, ensuring the long-term viability of the environments they grow in is vital for future harvests. That is why even during the busy harvest season, biodiversity and sustainability remains a top priority for the business and its growers across the UK.

Harriet Prosser, Agronomist at SBF GB&I, commented: “Harvest is the most important time of the year for us at Suntory Beverage & Food GB&I, but we work all year round to make sure our Ribena growers have the support they need to run their farms as sustainably and efficiently as possible. The farm on the Kent/ East Sussex boarder, run by brothers Peter and Michael Reeves is a great example of how responsible farming practices not only protect and even enhance wildlife and habitats, but also ensure that local economies continue to thrive.”

Peter and Michael, whose farm is partly located in the Bexhill and Battle constituency alongside their other business Arena Pursuits, welcomed Huw Merriman MP to highlight the importance of protecting local wildlife throughout the growing process.

Huw Merriman, Member of Parliament for Bexhill and Battle, commented: “Being an MP for a constituency which is 90% rural, the agricultural sector is incredibly important to the local economy and jobs. Visiting Rosemary Farm and getting involved in the harvest is a great way for me to hear directly from local farmers, like Peter and Michael Reeves, about the hard work and challenges involved in growing and harvesting blackcurrant crops. Farming is also about careful environmental management, so it was good to learn about how the farm supports bio-diversity and wildlife habitats and as we walked alongside fields full of wildflower which were alive with bees and butterflies.”

East Sussex blackcurrant farmer, Michael Reeves, commented: “It is always a special day when we get to show people the work we do on our farm, but to be able to welcome Huw has been a real highlight. Our team has been tirelessly preparing for harvest this year, and we are so grateful for the support we get from SBF GB&I on an ongoing basis.”

Every year, SBF GB&I works with its growers to implement a bespoke 6-point plan for the protection of wildlife and habitats on blackcurrant farms, work alongside independent conservation advisors to produce specific Biodiversity Action Plans and carry out audits as part of its in-house Farm Stewardship Scheme.

Ribena blackcurrant growers manage over 4,000 acres of British countryside – including Dundee in Scotland, Herefordshire on the Welsh borders, Somerset in the South West, the South East and East Anglia.

My week of work experience by James Jewell

On the week commencing 11th of July, I was offered the opportunity to do a weeklong work experience with Huw and his amazing team.