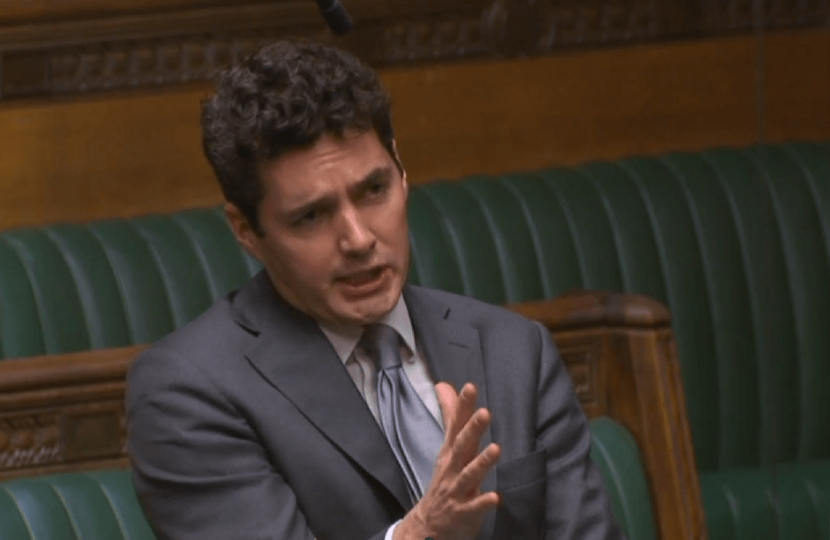 In questions to the Transport department, Huw welcomed news that half price rail fares would be extended to 16-17 year olds but encouraged transport ministers to aspire to give young people fully discounted fares in the long-term. He cited schools in his constituency of Bexhill and Battle, where many schools do not have 6th Forms and where students are forced to pay for travel to continue in education.

The Minister said it was a bold aspiration but assured Huw that the department was keen to offer value across the rail network.

Later, Huw asked the Minister to meet with him to discuss how a section of the A21, that runs through Hurst Green, could be transferred from Highways England to East Sussex County Council. This comes after a series of accidents on the the road and a continued effort to lobby Highways England to implement better safety measures on the road, which culminated in a demonstration by parents, school staff and local elected representatives last year. The Minister agreed to meet with him to discuss the matter further.