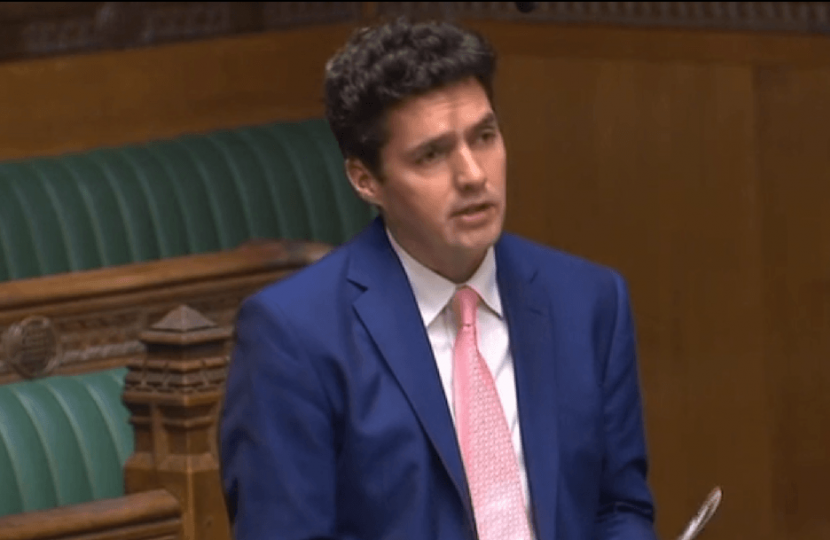 In Parliament, Huw asked the Health and Social Care Minister what steps the department was taking to improve care for people with autism.

The Minister said the department were resolute in ensuring people with autism were supported and cared for within the healthcare system and said it was for this reason Department for Health and Social Care, along with the Department of Education have launched a refreshed strategy on Autism. The new strategy “Think Autism” is aimed at extending the current autism strategy to children as well as adults and is currently open for consultation here.

Huw also welcomed the NHS England Long Term Plan, which sets out several steps to improve the experience of healthcare for people with autism. These include pilot trials of autism-specific health checks as well as a commitment to reduce the waiting times for an autism diagnosis.

Huw urged the Minister to go further; “we will only make a real difference,” he said “if we improve the recording of autism in local health and care records.” He asked the Minister to commit to requiring the NHS to record autism diagnoses in each area with the aim of improving the health of people with autism.

The Minister said the MP was right to raise the issue and said the new Long-Term Plan would allow NHS staff to raise a digital flag in patients records, which would ensure they were aware whether a patient has autism or a learning disability, thereby allowing them to make reasonable adjustments. This, she said, was critical for improving the experiences of health and care for autistic people.

Since being elected as your MP I have spent time visiting parents who have autistic or Asperger’s-impacted children. Seeing first-hand the commitment of the families and how difficult it is for parents to get the support that they need has deeply affected me.