Hosting MPs and Transport for the South East 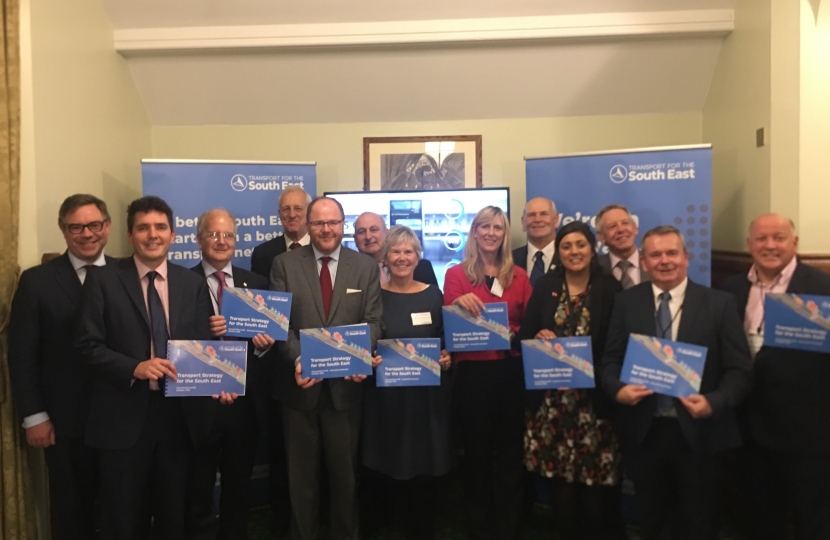 It was a pleasure to host Cllr Keith Glazier and his team from Transport for the South East. This new body, coordinating transport priorities and projects across Berkshire, Brighton, East Sussex, Greater London, Hampshire, Isle of Wight, Kent, Medway, Portsmouth, Southampton, Surrey and West Sussex is using its combined weight to lobby for investment and delivery. MPs joined the team in Parliament where I introduced the new Minister, George Freeman, and also spoke the following about our needs:

Research and local statistics demonstrate how much we need our own transport body to direct the investment needed to grow our regional economy. Our 7.5 million residents account for 12% of the UK population and 13% of the workforce. The population for our area is predicted to grow by 16% in the next 25 years. At £200 billion per annum, our region is the second highest contributor to the economy after London. However, public spending per head in the South East is, at £8,100 per head which is the lowest in the UK. This is 10% lower than the national average and 20% lower than London. Despite carrying the bulk of rail passengers on our local rail network, the public subsidy per passenger mile on Southern and Southeastern Rail is 5p – 7p versus Northern Rail’s 25p.

Unlike London, we do not have an efficient mass transportation system, so 70% of those in employment mainly travel to work by car. Despite this, spending per head on local roads and local public transport is lower in the South East than any other non-London region in England.

The Government are putting record amounts into our road and rail network. For that, we are grateful. However, I still feel that if our economy is expected to continue to subsidise the rest of the UK, we need more investment in transport to continue delivering.