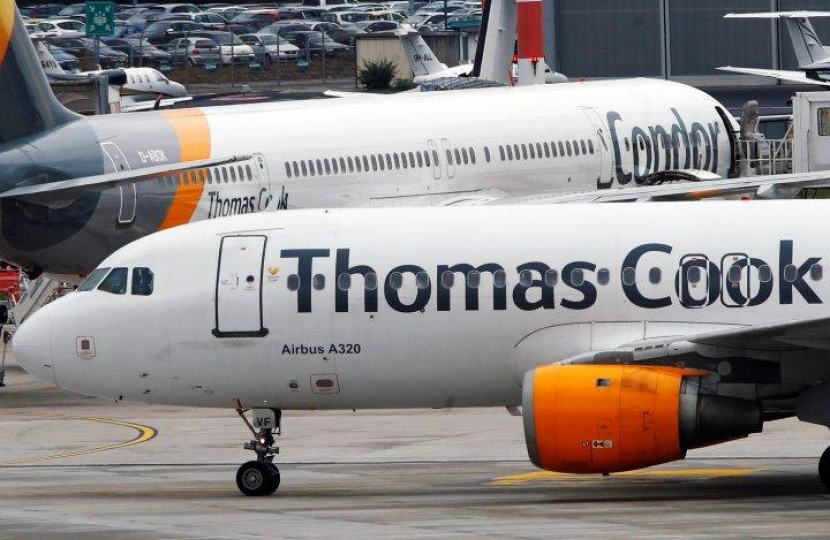 This week I asked the Transport Secretary why more has not been done to reform airline insolvency laws to reduce the risk of what happened to Thomas Cook happening again and when the Government will implement the recommendations of the Airline Insolvency Review. The review looked into passenger protections in the event of an airline or travel company becoming insolvent.

We should have reformed our laws after Monarch Airlines collapsed 2 years ago.

The Secretary of State responded by saying that the Government will "get on with it".

"I find this situation maddening, because two years ago, during the statement on Monarch, I welcomed the then largest peacetime repatriation effort—I welcome the current largest peacetime repatriation effort, too—and I called for reform, so that we had an insolvency regime for airlines similar to the chapter 11 arrangement in the United States and the regimes in Germany and Italy. I was told by the then Secretary of State that the Government would consider that. Two years on, we have had a review but not delivered anything. Rather than repeat what has happened before, will the current Secretary of State make sure that we reform the sector, so that jobs are not put at risk, holiday experiences are not ruined and taxpayers’ money is not lost? It is all about actions, not words."

"In simple terms, yes. As I mentioned, the review reported on 9 May, and I have been in my post since 23 July. However, the answer is yes, we will get on with it."