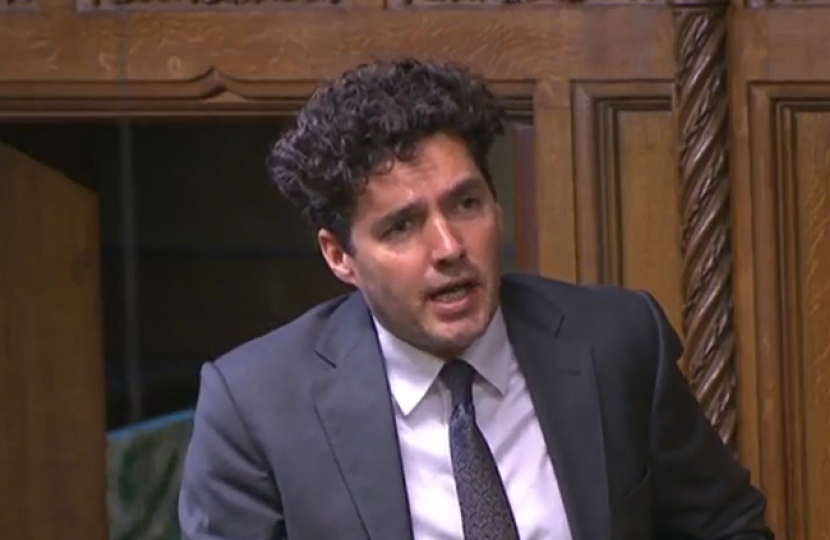 Following the disappointment that my application to have a debate on Redundancies in the Aviation Sector was not scheduled before recess, the Backbench Business Committee have now provided a time when a debate on the Aviation Sector will be held. It will be a more general debate in order to encapsulate other debate applications from other MPs. With the changes to Parliamentary procedure it has not been clear whether Members could be in the Chamber to make interventions rather than give a speech. I wanted to ensure that MPs would have the opportunity to do so in the upcoming debate. The Leader of the House confirmed that interventions were indeed allowed.

I look forward to opening the debate on 10th September where it will be a chance for MPs of all parties to show their support for aviation workers and businesses.

"I welcome two very important events on Thursday 10 September. The first is my mother’s 83rd birthday, and the second is the general debate on aviation. I thank the Leader of the House for finding the time for the aviation debate, and I thank the Backbench Business Committee and its Chair for putting that debate first among the 30 that have been approved. The debate will give colleagues from across the House a chance to stand up for the aviation workforce and organisations in their constituencies, and for the Government to set out what they are doing to support aviation.

May I ask the Leader of the House to remind all colleagues in this place that it is still possible to come into the Chamber and intervene, and that they do not have to be on the call list to do so? When I open that debate, I will ensure that every voice is heard for the aviation industry."

"I begin by wishing my hon. Friend’s mother many happy returns for her birthday on 10 September, which will, I hope, be a day of jubilation and song in the Merriman household. My hon. Friend makes an important point about interventions in the Chamber. Most debates are not entirely full of those who are making speeches in them, and there are opportunities for Members to come into the Chamber, make interventions and get their point on the record. I share his view that when making an introductory speech, it is a good idea to take as many interventions as possible. Doing so allows other Members to get their point across, sometimes in a briefer form than would be the case if they decided to make a speech."