MP welcomes new safety proposals for A21 at Hurst Green 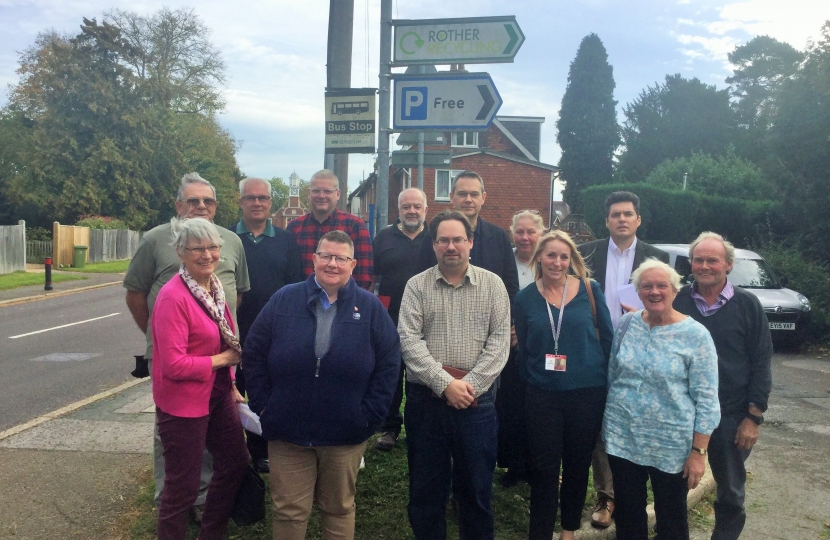 Bexhill and Battle MP, Huw Merriman, has cautiously welcomed the latest proposals from Highways England to improve the safety of the A21.

Following a safety review of the A21, Highways England has put forward proposals to bring the major trunk road for the constituency up to a minimum 3-star EuroRAP road safety standard,

Since the release of the November 2016 Road Safety Foundation report on major trunk roads in England which cited the A21 as one of the highest risk roads in the country, Huw has been campaigning to improve the safety of this road.  For villages like Hurst Green, where there road through the heart of the community, the report brings some welcome proposals including roundabouts at Coopers Corner and with the junction of the A265.

Huw recently met members of the parish council, Hurst Green CE Primary School and a representative from Highways England to discuss the proposals and ongoing concerns for the village.  Whilst the parish council welcomed the proposals, they remain concerned about the speed limit outside the primary school and safety of children getting to and from the school.

Headteacher, Allison Flack said “As a school community, we have very real concerns about the safety of our pupils every single day. Cars, vans and lorries including large HGVs often speed through Hurst Green. Parents have no choice but to park on the A21 to drop off and pick up their children as there is a lack of parking in the village. The walk to school from other parts of the village is along a narrow pavement which is often blocked.  Whilst it’s good to know that Highways England are looking to improve the safety of the road, I believe that more measures are needed outside the school

Huw commented “I welcome the latest proposals from Highways England which will help ease traffic congestion and improve safety of the A21. However, the community at Hurst Green is understandably sceptical that these measures will be put in place. Hurst Green has been disappointed on so many occasions by projects that have been put forward but don’t reach fruition such as the recent proposal to install average speed cameras along the length of the road from Flimwell to Hastings which was later rejected.  I share the school’s concerns about their pupils safety. As Highways England has not included this in their report, I will continue to lobby for a safer school zone.

Ultimately, communities like Hurst Green will only be improved when the A21 is diverted around it. Like many local roads the A21 was never designed to take the volume of traffic that it does and the real solution lies in a by-pass around the village. I will continue to work with local stakeholder to make this goal a reality.”

Graham Browne, Chairman of the Hurst Green parish council and Rother District Councillor said “We are risking lives if these improvements aren’t implemented sooner rather than later. Over years we’ve had a number of feasibility studies and consultations on this main road raising our hopes for safety improvements but no still implementation. I hope that this time the studies result in some real action. I would certainly like to see more done to protect our school children such as a speed camera which would enforce the speed limits in our village.”