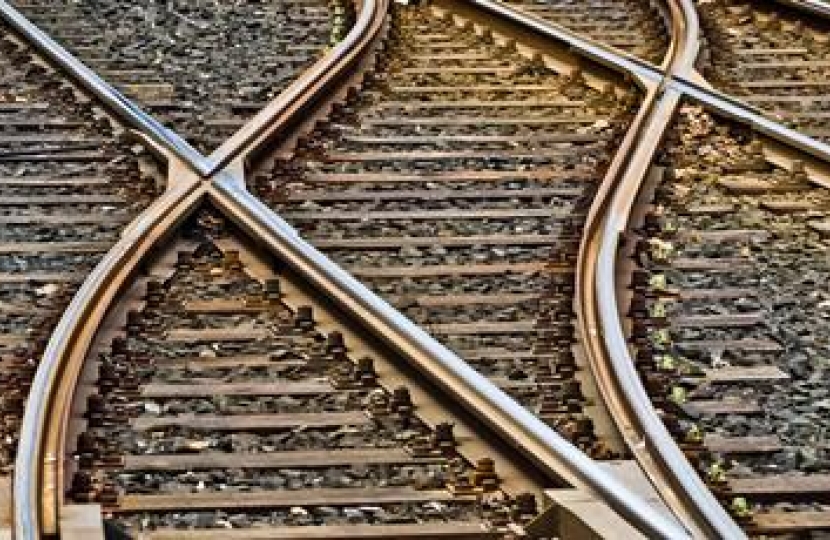 Local MP, Huw Merriman, has this week called on the Government and Train Operators to give a better deal to rail passengers seeking refunds for journeys cancelled by the Coronavirus outbreak. The Bexhill and Battle MP, who also Chairs the House of Commons Transport Select Committee, has called for full refunds to be given, or for passengers to be have the option to extend their tickets, and for the £10 administration fee to be dropped.

The call comes off the back of research, commissioned by the MP, which shows that many passengers will not get any refunds at all unless changes are made. The MP said ‘To get anything back on a weekly ticket you need at least three days left, and at least seven days left on a monthly. Annual tickets usually have little or no refund value after 40 weeks, which is about 10 months. In ordinary times, when a commuter decides to cancel their discounted season ticket, it is fair enough that they should not receive a full refund for not using all of the discounted ticket. However, commuters doing the right thing and staying home and saving lives should not be financially penalised for following the Government’s advice.’

The MP highlighted the £6,176 cost for an annual travelcard from Battle to the capital. ‘With the lockdown on 23 March, if a commuter has an expiry date for their travelcard on 23 May, and cannot travel during these two months, they may expect to receive £1,029 but they stand to get little or nothing unless the rules change. For those nearer the start of their annual ticket, it is not such an issue.’

Appearing before the Transport Select Committee, the Rail Minister, Chris Heaton-Harris, promised to look at Mr Merriman’s idea that commuters could choose to extend their season tickets once passengers are able to travel again, rather than lose out from the compensation rules. He did, however, dampen expectations that the £10 administration fee would be waived.

The MP is now taking up the matter with the Secretary of State for Transport. Huw said ‘I’ve long been vocal about some of the inadequacies of our rail compensation system. However, to apply it now, and for commuters to be financially disadvantaged, when they have heeded the calls and followed Government instructions, cannot be right. I am confident we can get the message through and drive change.’