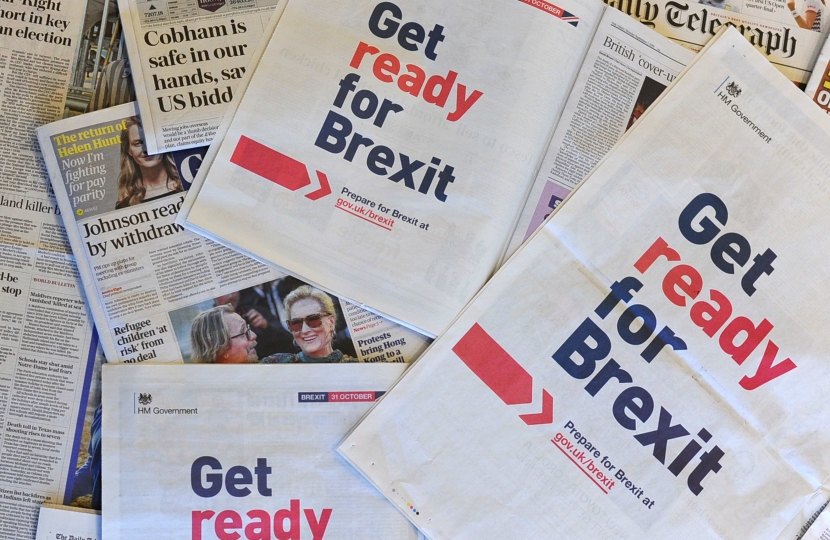 Huw Merriman, MP for the Bexhill and Battle constituency, is inviting constituents to a public meeting on Thursday 30 January in Bexhill to provide a latest Brexit explainer on the eve of the UK’s withdrawal from the European Union.

Huw said “As recent votes in Parliament have demonstrated, it looks obvious that the government’s EU (Withdrawal Agreement) Bill will complete its passage through Parliament this month in order for the UK to leave the European Union on 31 January.

Before, and over the 3 years since the EU referendum, I held a number of public meetings at significant points of the Brexit process to provide an opportunity for my constituents to debate and share views as well as providing them with comprehensive information on the EU withdrawal process.  We are now at the final stages of the exit process which will come as a relief for some and sadness for others. However, many people still have questions on what leaving the EU actually means in practice and how this will impact us in East Sussex. Whilst we are at the final stages of the exit process, we will abide by EU norms until we get a new trade and framework agreement in place. I am therefore holding one final Brexit meeting before our departure in which I will explain the EU Withdrawal Agreement, the transition period and the importance of the ongoing negotiations.

I hope that constituents will join me for this final Brexit meeting and bring any questions they may have.

The meeting will be held at 7pm on Thursday 30 January at St John’s Church, London Road, Bexhill on Sea, TN39 3JR.  Seating will be allocated on a first come first served basis.