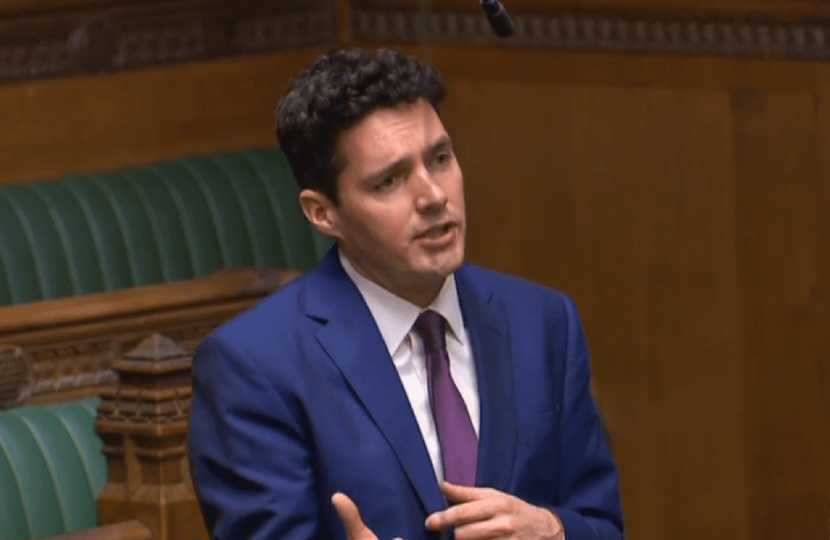 In Parliament this week, Huw asked the Housing Minister to look at long-term funding for local authorities that takes into account the age-range of the people living there. This, he said, would help coastal communities such as Bexhill and Battle, which tend to attract those looking to retire creating financial pressure for local authorities.

The Minister said £650m was being given to local authorities to fund social care in communities such as Bexhill and Battle, as announced in the budget last year and asked Huw to look at the government’s Stronger Towns Fund to find further support for the area.