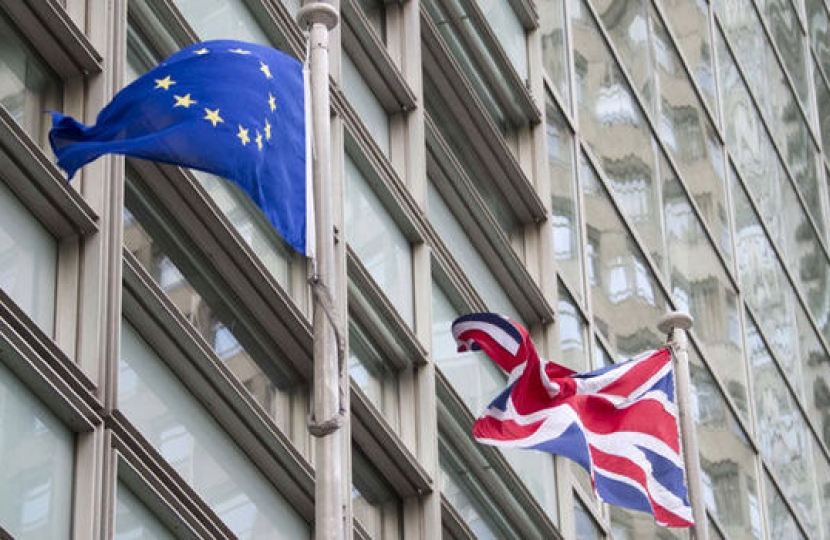 I regret that I cannot bring you a meaningful update because, like you, I am waiting for talks to conclude between the Government and representatives from the Leader of the Opposition. There are conflicting messages as to how these talks are proceeding but it would appear that the Labour Party requirement is for the UK to remain in some form of Customs ‘arrangement’, perhaps until such time as a technological solution can be made which makes trade identifiable away from the border.

Presently, the Withdrawal Agreement provides that the Political Declaration will find a solution to trade at the border during the two year implementation period. If it fails to do so then Northern Ireland will remain in a Customs Union with the EU. It could be that the Labour Party require that this arrangement would apply to the entirety of the UK, or should do regardless of the implementation period.

There are also discussions as to whether any form of agreement, when ratified by Parliament, should be subject to a confirmatory vote by the public. I have supported this concept but only on the basis that Parliament cannot reach an agreement on the Withdrawal Agreement (as is currently the case). I would rather avoid a confirmatory vote if Parliament can pass a deal. On another note, I have always been against remaining in the Customs Union, this being such an essential part of the EU institutional mechanism that it would not feel we are leaving the EU (which is what I have sought to deliver since the referendum result). When we leave the EU it should be in more than just name alone.

I am informed that we are likely to see an outcome to the cross-party talks next week. I thought I would pass on what I have been hearing.

On a personal note, I am very grateful for all constituents who supported me with my roll of the dice. I was not willing to pretend that Parliament was going to pass the Withdrawal Agreement (in its present form) because it had failed to do so three times previously. I would rather find a new outlet to deliver the EU exit. This may not be needed but we will have to see.

Despite coming under pressure from the Government whips to resign my position working for the Treasury, I refused to do so. We had a free vote on the matter so why I would have to resign for explaining why I voted as I did? If the Prime Minister can take ideas from Jeremy Corbyn, why not from me? In the end, I was not pushed. Given that, later that day, many of those applying pressure failed to vote with their own Government (as I did), it could be argued that I have been consistent when it matters. At the very least, the term ‘career politician’ is not heard in my direction!