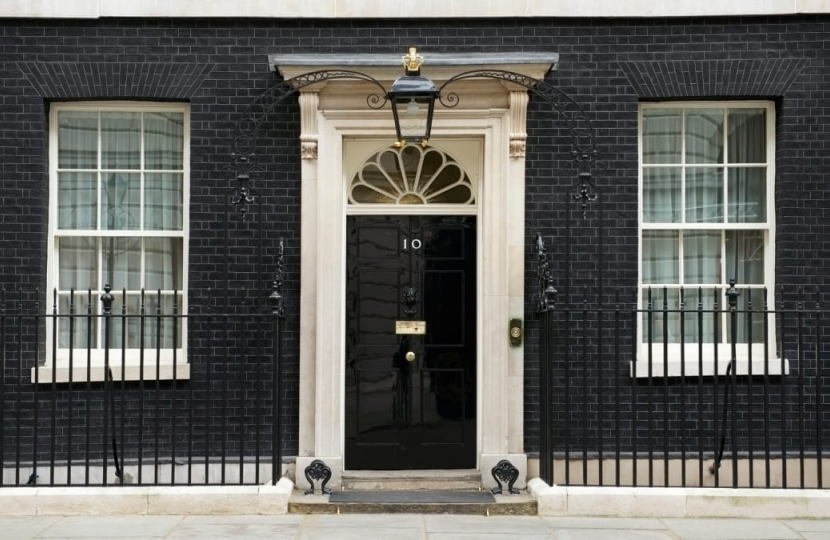 A large number of constituents wrote to me about the matters relating to the Prime Minister and No 10 Downing Street.

Whilst these are matters for the Prime Minister, I recognise the relevance and impact that it has on my ability to do my work as your constituency MP so I am sending this reply. Please forgive the fact that this email has been created to take into account the bulk of the concerns raised to me. As you will see below, I am doing my best to focus on policy and casework matters for the constituency and those within the select committee which I chair. We are, as a small office, doing our best to handle all matters in an efficient but personal basis. I hope that this strikes a balance.

Last month, I wrote to many constituents who contacted me when it became apparent that there had been failures inside No10 to observe the lockdown restrictions. I expressed my deep disappointment that this had occurred. I also referenced that those who designed and implemented the lock-down rules should be the first to observe them. I also apologised for the hurt which had been caused to constituents who had some very sad experiences during lockdowns which contrasted starkly with what we have come to understand of events inside Downing Street. I want to reiterate these sentiments to you within this email.

I had hoped that the Sue Gray report would allow for a final conclusion and decision to be made. Instead, we only had an ‘update’ and this was disappointing. I do not understand why the Metropolitan Police Force decided, earlier last month, that they would not investigate matters but now have. This has meant that these matters cannot be referred to in the Gray report. I understand the need to avoid prejudicing a police inquiry but I regard this issue as predominantly political and democratic in nature given the maximum penalty is one of a fixed term penalty notice rather than having court proceedings prejudiced. It’s left me in the frustrating position not being able to consider and comment on the final report as the matters remain open and under investigation.

However, clearly enough information has already come to light which allows me to conclude that the control inside the highest office of state has been lacking.  I publicly spoke about this on the day my select committee’s Road Pricing report was published during national media appearances which had been scheduled to explain the report and its recommendations. Journalists used the opportunity to ask about wider events. If you listen to BBC Sounds, from 7.10am on Radio 4 on Friday 4 February, you will hear my response. I referenced the frustration and disappointment and that I understood it well from a constituency such as ours where these issues really matter to residents. Given the issue of the day was the Prime Minister’s reference to the Leader of the Opposition and Jimmy Saville, I added my criticism that this had been brought up when the focus should have been on taking responsibility for misjudgements in No 10 and learning from them.

I similarly addressed the issue about writing letters to the 1922 Committee. Many of you have demanded I do so. To expand, if 54 Conservative MPs write a letter to the Chair of the 1922 Committee demanding a confidence motion in the Prime Minister as our leader then this goes to a vote of No Confidence across the 359 Conservative MPs. If the Prime Minister wins such a vote, with a simple majority, then the matter is settled. There cannot be a further vote for the subsequent 12 months. I can understand why some constituents have asked me to put such a letter in. Whilst I feel very disappointed and frustrated with events, I’d have to be absolutely convinced that there was no way we could move forward. I am not yet at that stage. I am also aware that many of the 37,590 voters who elected me in 2019, were not just voting for me but also Conservative policies and the party leader, such is the way our democratic system works.

I recognise, given the anger felt by many, that my position will not be good enough for some. I have to accept this when making my decisions. However, I hope that you appreciate that I am doing my best to factor in not just my own feelings on the matter, but the democratic process which got me elected in the last election and what I feel is best in the current circumstances. I have been absolutely clear that I feel my constituents have been let down and there is now much work to be done by No 10 and the Prime Minister to learn from errors, regain trust, put his office in order and focus on the job.

Given that these matters relate to the Prime Minister, I am doing my best to focus on matters within my control by putting my efforts into policy matters and issues which directly impact on constituents rather than getting distracted by commentating on events. I do care about how this work is impacted by the negativity so I hope you will therefore understand if I cannot come back to you on this matter on a running basis. I will, via my website and via my local Bexhill and Battle Observer column, continue to provide an update which can be viewed.

Finally, if you have contacted me following the confrontation outside Parliament of Sir Keir Starmer, this was the anti-vaccination crew who sit outside Parliament on a daily basis and abuse us all. Numbers appear to have increased in an attempt to support the convoy in Canada. These are the same group who have jostled Government Ministers in the past. We are tightening up the laws to give the police more powers to act. I understand that there were references to Jimmy Saville from some of the mob but it’s important to know that their cause is aimed at all MPs, across the political divide, who have voted for lockdown measures and brought in the vaccination. It’s a daily gauntlet we face when coming to Westminster.

My apologies, again, for these disappointing times and thank you for writing to me to express your views.