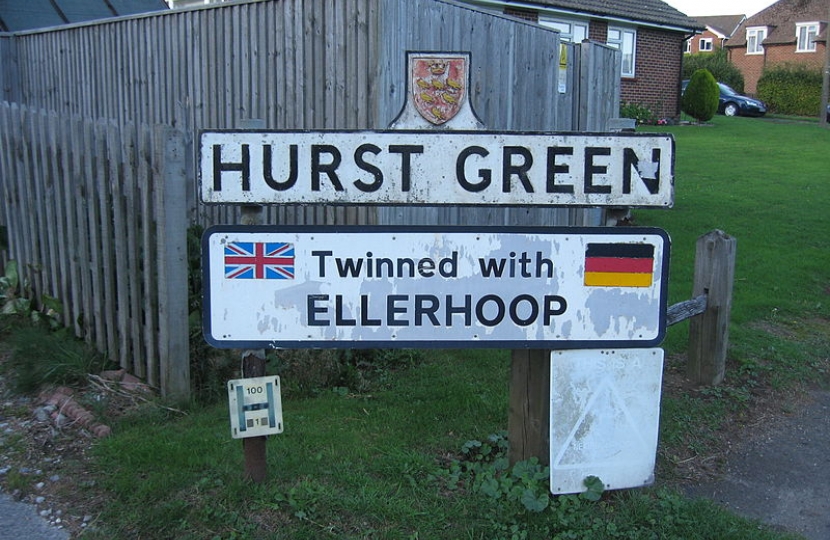 Bexhill and Battle MP, Huw Merriman, will be joining parents, staff and local residents in a demonstration to call for urgent road safety action at Hurst Green School this Friday (14 December).

Following two recent accidents on the A21 in the past two weeks, one involving a parent with three young children, Huw has demanded urgent action from Highways England to protect families and the wider community of Hurst Green from the dangers of this A road which runs through the village.

Parents, school staff and governors, the parish council, elected representatives and local residents will be joining Huw at 8.30am this Friday morning for a peaceful protest at the school.  The move has been sparked by a recent accident where a truck ploughed into a car turning into the school during rush hour on Wednesday 28 November.  The driver was a parent with three young children who were all lucky to avoid serious injury but were taken to hospital. The school staff had to risk their safety in order to stand in the busy road and direct traffic around the accident until the emergency services arrived at the scene.

Hurst Green CE Primary School is located directly on the A21. Parents taking their children to school need to park on the A21 every morning and afternoon in order to drop off their children. There are no alternative safe places to stop.   During the drop off and pick up times, a speed limit of 20mph is managed by variable speed signs. However, these signs have been out of order and awaiting replacement since August 2018.

Huw said “Time after time, Hurst Green has been promised substantial safety measures by Highways England to protect the residents from this dangerous road. However, years of proposals and scoping studies carried out by Highways England have delivered only minor measures which do not protect the community.  We are now calling time on Highways England who do not seem fit or able to manage the A21 in a competent or responsive manner. That a broken school speed sign should take 6 months to replace, is completely and utterly unacceptable.  That a temporary 20mph speed limit was not put in place whilst the sign was out of order is completely unacceptable.

“The residents of Hurst Green are quite rightly furious that nothing is being done to protect their school children. And it’s not just Hurst Green that has these problems. The community of Whatlington is also located on this trunk road – it has no pavements and the highways authorities seem to think it is okay for school children to stand on a major trunk road during rush hour to wait for their school bus with no protection from oncoming traffic. It is unbelievable that in the 21st century this is still allowed to happen.

“These communities look to me as their elected representative to help keep them safe.  However, despite regular meetings with Transport Ministers and Highways England, I feel like I’m hitting my head against a brick wall in the face of sluggish bureaucracy. The time for action is now.  I stand side-by-side with this community and we will not stop campaigning until we have a commitment of real action from those with the power to deliver.”