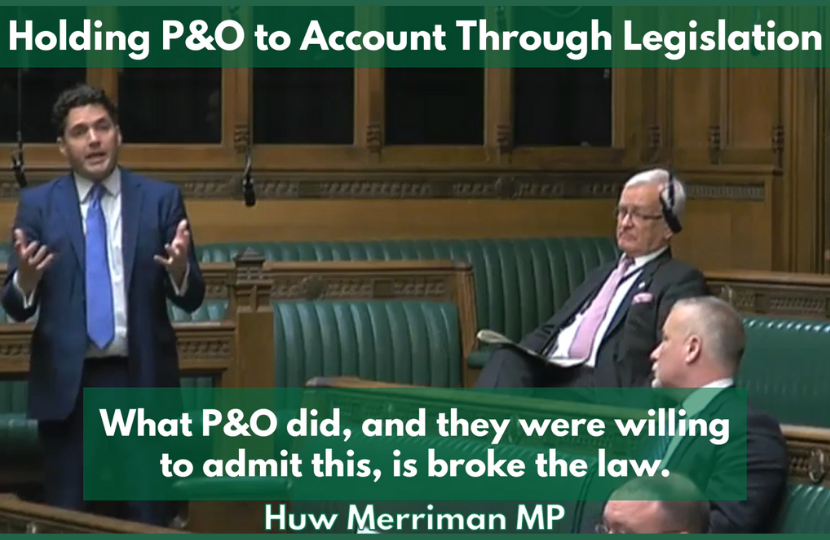 Local MP and Chair of the Transport Committee, Huw Merriman, spoke in Transport Questions and called on the Department to work cross-Government to implement fresh legislation that would ensure P&O's actions could not repeated.

What P&O did, and they were willing to admit this, is broke the law. They refused to allow the usual consultation rights and I think that has shown that we need to do something in Parliament to fix that. Surely the Government needs to be in a position where it can actually take the likes of P&O on, get an injunction in place, so consultation rights are left intact. Will the Minister speak to other Ministers across Government to ensure that this rather large hole now gets filled?

Robert Courts MP, Parliamentary Under- Secretary of State for Transport:

Yes, the Honourable Gentleman raises a very good point. There are, of course, a package of nine measures that we are taking in order to tackle, not only the disgraceful behavior that he quite rightly refers to from P&O, which the House is united in condemning, and of course conversations will go on between ourselves and other Departments, particularly with BEIS, who hold the responsibility for the area of legislation that he mentions.