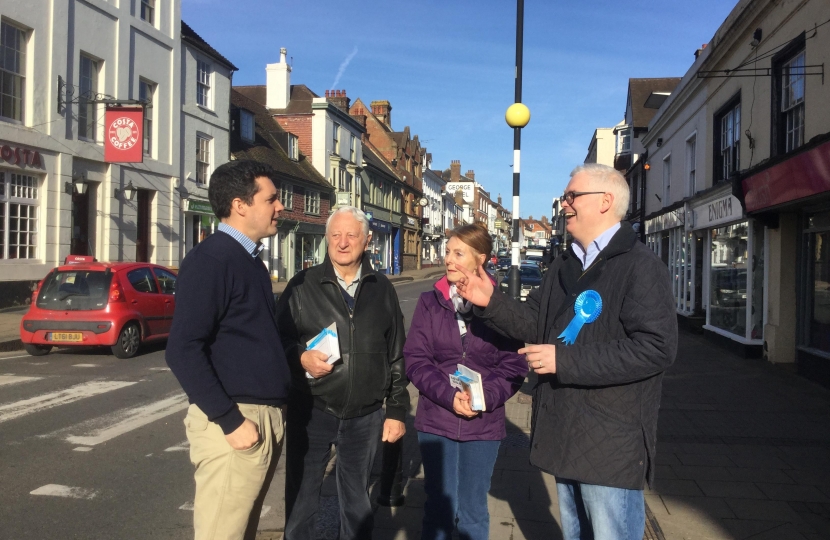 Following the closure of the last high street bank in Battle in May this year, East Sussex MP, Huw Merriman, will this week propose a new law in Parliament calling for a minimum service obligation from banks and building societies to provide a free 24/7 cashpoint in towns and villages with a population of over 5,000 residents.

The new law will be proposed during the House of Commons 10 Minute Rule Motion which allows MPs to introduce new legislation. It has received cross-party support from MPs representing all parts of the United Kingdom. If passed, it will receive its second reading in the New Year.

With 2.2 million people in the UK relying almost entirely on cash, it is critical for customers and small businesses to access money free of charge. However, and due to changes in how ATM providers fund their networks which were introduced in January 2018, free-to-use cash machines have been closing at a rate of 300 per month (up from 50 per month in 2015).

Like many other communities across the UK, the residents of Battle, East Sussex, now find themselves with no access to 24/7 cashpoint facilities on their high streets. This has impacted local businesses and residents who are losing trade and access to vital services.

Whilst the high street banks contract some of their services to local Post Office when they close down their branches, these Post Offices cannot offer 24/7 facilities. Huw is calling for the major banks to be collectively obliged to provide at least one accessible 24/7 cashpoint facility in towns whether or not they close their branch doors.

Huw said “Battle is an example of what is happening in communities right across the country. Whilst I accept the high street banks’ rationale that more and more customers bank online and via mobile devices, there are still many members of our communities who like to do their banking face to face and will still require access to their cash. We are a very long way from becoming a cashless society, especially whilst it costs small businesses every time they process a debit or credit card. In smaller communities like Battle where we rely on small independent traders keeping our high streets and communities alive, we need access to cash and cashpoint services on a 24/7 basis. The banks should reorganise their estate of machines and ensure their customers are served. It is not good enough to simply abandon High Streets and leave them not only without a bank but without a cashpoint.’