Watch: Question to the Secretary of State for Transport 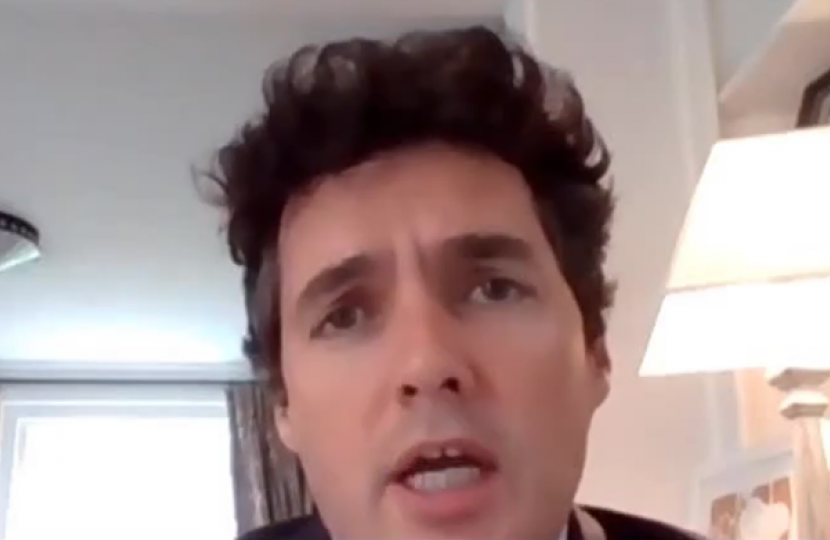 I asked the Secretary of State for Transport to clarify the Government advice on using public transport as part of it's exit strategy. Mr Shapps explained that self-distancing is not an absolute requirement on public transport and that passengers using medical grade PPE is not being advised either - home-made face coverings suffice. This is because using medical PPE would strain supply for our healthcare workers.

Watch my question and his response below:

I warmly welcome the Secretary of State’s statement and all the work that he and his team have done. He seems to be saying that self-distancing on public transport is best practice but not an absolute requirement and that PPE should be the fallback. In that regard, does he think we will have enough PPE supplies to protect our key workers and travellers? Also, seeing as we are a stoic bunch and perhaps not used to wearing face coverings, will he consider giving them away free at terminal stations and places where people use transport to ensure people use them?

I am grateful to the Chair of the Select Committee for giving me an opportunity to clarify two things. First, we are not advising that medical-level PPE be used—that would go completely against Public Health England advice; rather we are advising that people make their own PPE at home, using the information on the gov.uk website, which shows how to make it from an old T-shirt or to sew one. The reason for that is that it is critical, from a medical point of view, that we do not compete with medical applications for PPE. People should make their own PPE, which in this case means a face covering rather than a mask.

Secondly, on social distancing, it is of course true that there will be times when people cannot maintain 2 metres, such as when walking past somebody. The Government are doing a number of different things. The advice we are publishing today explains that if people are not face to face but are instead side by side, the risk factors are different. We are working with app companies—including Google, Microsoft and the British companies Citymapper and Trainline—to work on crush data, which would be published to enable people to see where the busiest parts of the network are and to actively try to avoid that. All those steps are in train.