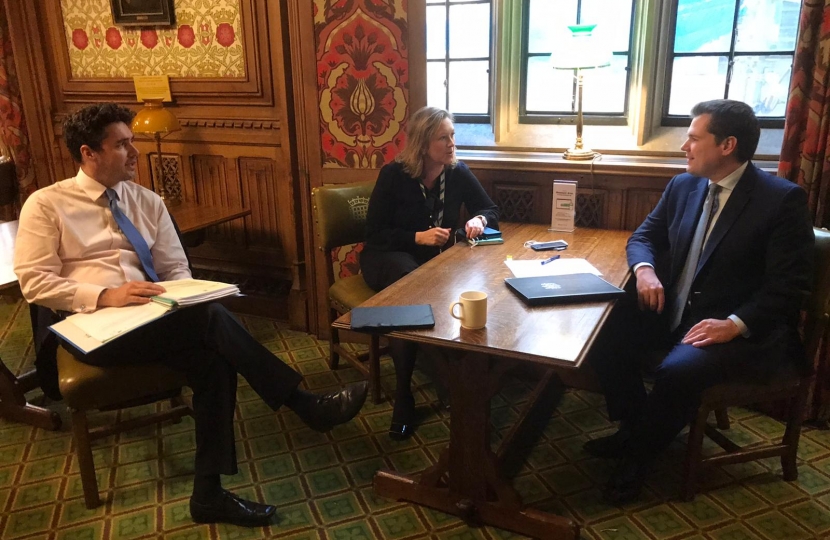 The decision to reverse a proposed 50% increase the number of new homes in Rother District Council has been welcomed by the MPs representing the area. In August of this year, the Government published a consultation and proposed an increase in the annual number of homes the district should provide from 736 to 1,173. The District’s annual average delivery over the last three years has been 229 and its previous plan was signed off to deliver 335 homes every year. The measures were part of a package of proposals aimed at speeding up the planning process.

The MPs met the Secretary of State for Housing, Robert Jenrick, in October to outline concerns that, with 80% of the area designated as an Area of Outstanding Natural Beauty, delivering over 1100 homes every year would involve some of this being lost. They also pushed for building to be focussed first in the area set aside to deliver new homes, citing the lack of completions on the Bexhill to Hastings Link Road, before land can be developed elsewhere. The MPs were scheduled to meet department officials to discuss how the model delivered such a large increase.

Bexhill and Battle MP, Huw Merriman, said “I am pleased that the Government has listened to our concerns and have gone back to the original numbers. In Rother, the problem is not a council failing to grant planning applications; the blockage is from the developers who do not turn these applications into new homes. There is a huge amount of land available on the link road yet smaller development continues in Little Common and in other areas which lacks the infrastructure to cope or is within the AONB or sites of scientific interest . As I told the Prime Minister’s advisors last month, I’d like to see developers required to build out on areas such as the link road before they can build elsewhere. We’d then get more homes than we do at present. I’ve also mooted ideas such as charging developers for council tax twelve months from the planning application being granted, and not when the house is built, and land being compulsory purchased by local authorities at a discount so they can build it out if developers sit on it. Increasing our planning numbers would not have delivered the new homes which people actually need and would have made the situation worse with more development on unsuitable land so I’m glad this has been reversed. The numbers remain too high in neighbouring Wealden so there is still more work to do.

Sally-Ann Hart, MP for Hastings and Rye said “It is a relief that the Government has listened to our concerns. Following the Secretary of State’s announcement last week, we were able to confirm with him that Rother District Council and Hastings Borough Council will not be required to build the proposed vast number of homes every year. This is good news for local residents and shows how local MPs working together can achieve major results for our local communities.”

To ensure that the Government meets its target of over 300,000 new homes being built a year, the reductions in Rother and other rural areas will be compensated for by topping up the numbers in the 20 largest cities and urban areas, using brownfield land, by 35%. The ideas to remove local council approval from certain planning applications, and other reforms, remain to be debated by Parliament before it can become law.

Thank you for contacting me about the government’s recent White Paper on the reform of the current planning system – Planning for the Future.  With 80% of the constituency being designated an Area of Outstanding Natural Beauty, and with proposed targets increasing the numbers for Rother (and Weal