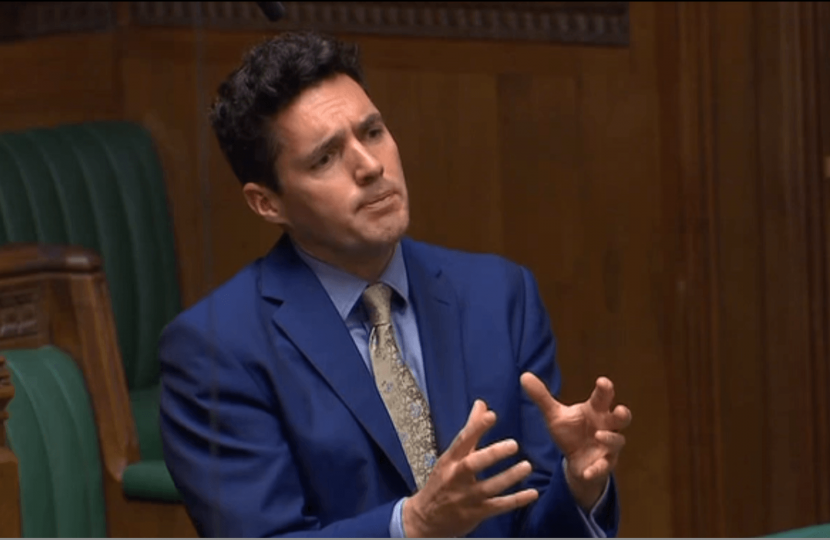 In Education questions, Huw raised concerns he had with the closure of Broad Oak Primary School and the wider issue of driving development in areas where school places aren’t being filled. He asked the Minister of State for School Standards, Nick Gibb MP, what the Department of Education can do to encourage local authorities to build more homes in areas where the general population is down. He highlighted that for this reason the school has lost 60% of its pupils and the amount of young people in the local area has dropped 20%, leaving locals schools vulnerable to closure.

The Minister replied by re-affirming that it is an incredibly difficult decision to make to authorise the closure of schools and that the government’s commitment to building new housing, especially so that young people can get onto the housing ladder, will help to solve this issue. The Minister also stated that this was possible because of the strong economy that this Government has built.