BBC Licence fee changes for those aged over 75 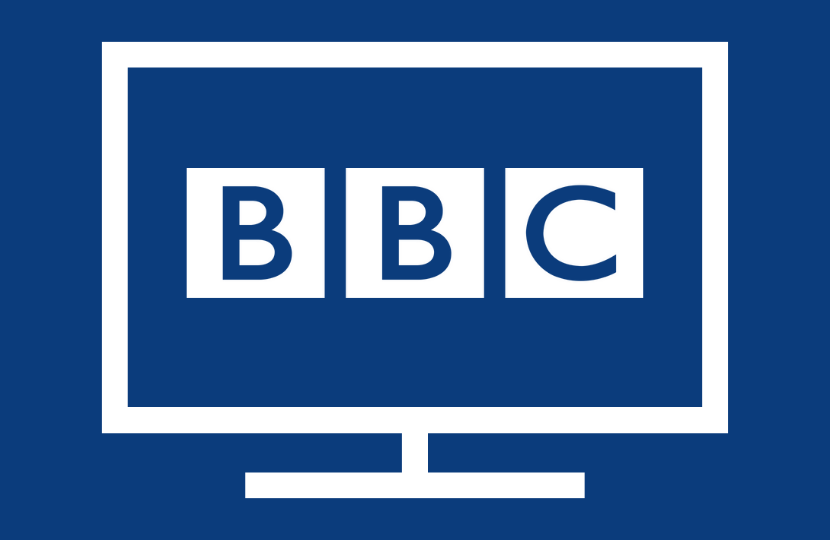 As you know, the BBC has made the decision to fund TV licences only for those aged 75 and over, who are also eligible for Pension Credit.

I have received a large amount of correspondence on the issue and would like to take this opportunity to set out the rationale behind the BBC’s decision as well as my own thoughts on the matter.

Currently, virtually all the TV licence fee goes to fund programmes, services and related activities, so continuing to fund free TV licences for all those aged 75 and over would also reduce the money available for programmes and services - impacting all licence fee payers.

As the Chairman of the All-Parliamentary Party Group for the BBC, I know this decision was not taken lightly.

The Government’s decision in 2015 put the BBC between a rock and a hard place – facing either a cut to its broadcasting services to continue funding free licence fees or facing public backlash for making cuts to fees.

After a consultation that received over 190,000 responses, the BBC took the decision to introduce means testing by using the Government’s own measure of pension income, Pension Credit. This will still cost the BBC around £209m a year but will ensure that those on the lowest incomes continue to enjoy broadcasting services and those who can afford to do so, will have to pay for the licence.

I understand and support the decision the BBC has made. For me, the BBC is not only a British institution but also a public good. In an era of fake news and misinformation, we would be poorer for losing the impartiality, independence and educative material it provides to millions not just in the UK but also abroad. This is the view I expressed in a parliamentary debate which called for the restoration of free TV licenses, which you can view here.

In the end, no outcome would have been perfect. The BBC considered a number of options and came, I believe, to a fair solution. It is my hope, that even if you do not agree with the decision, you can still understand how and why it was made.

An Urgent Question was granted to discuss the cessation of the free BBC licence fee for over 75s, programming and job losses. As Chairman of the APPG on the BBC I had just had a meeting with MPs and BBC management to discuss the potential cuts to regional programmes.