Watch: No Evidence for Rule of Six Effectiveness 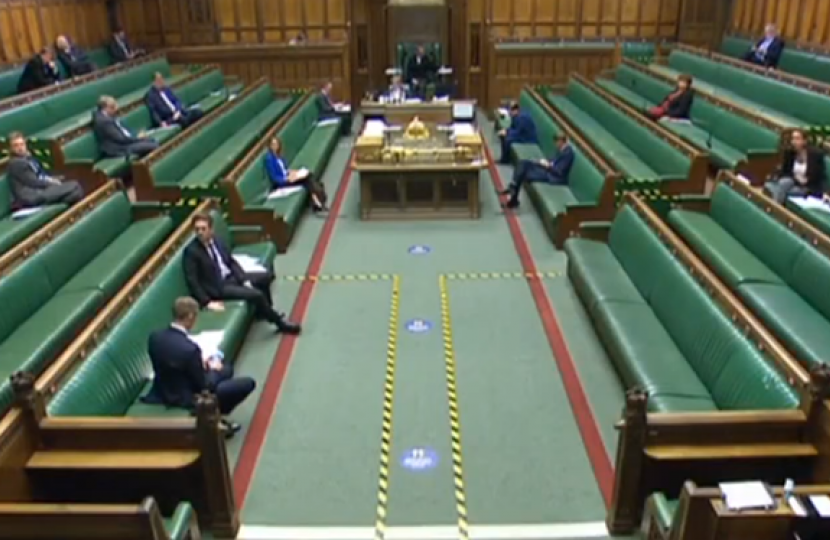 On Tuesday Members of Parliament were given the chance to vote on the rule of six statutory instrument, which is a retrospective vote on the implementation of the new measure under existing legislation. I spoke against the measure as I do not see any evidence that it is an effective preventative measure in reducing the rate of coronavirus transmission. Watch my further reasoning below on why I had to vote against the Government in this respect.

"It is welcome that we are having a debate, scrutiny and ultimately a vote in the House. For that, I thank my hon. Friend the Member for Altrincham and Sale West (Sir Graham Brady), but also the Government for listening to our plea that surely we can make better decisions. We can help the Government, but also own the decisions, take responsibility as Members, and provide the link with our constituents—the people who are impacted by the measures. That can only be good for democracy and decision making.

I will vote on what I believe is best for my constituents. When I cast my vote, I will look at whether what the Government seek to do is proportionate. Of course, I understand that it is the Government’s first requirement to protect the public and that measures must be introduced to protect people from covid. However, when those measures have other, detrimental impacts on health so that individuals do not go to hospital and get checked out when they could have a treatable cancer or they suffer from mental ill health, isolation and loneliness, and their livelihoods are at stake because of what is happening to our economy, we have to take that into account when we vote. That is what I look to do.

I have great concerns about the rule of six because I do not see the evidence for how it will reduce covid rates. I do not understand the difference with what is happening in Scotland and Wales. There is also complexity. For example, this morning, with other Members, including the shadow Health Minister, the hon. Member for Ellesmere Port and Neston (Justin Madders), I played ​five-a-side outside. That is effectively 10 households mixing. It is good—it is sport and I am not saying that it should be banned; it should be allowed. However, on Sunday, when I was in Buckingham, I was unable to go with my sisters and children on a small horse-riding activity, solely because we would have been over a certain number. To me, that does not make sense. If one of the children had been left behind, and one of the adults gave covid to the other adult, that adult would have gone home and given it to the child who was left behind.

I hear the argument about simplicity, but when I was trying to work out whether horse-riding fitted within the definition of recreational organised sporting activity, I could not do it. I therefore do not believe that the current rules are simple. If I had been in Scotland, it would not have been an issue because of the rules on under-12s. If I had been in parts of Wales, it would not have been a problem because of the rules on under-11s. Also, in Wales, 30 people are allowed to gather outside, yet in England, the number is just six. There is no logic in that. I would like the Government to look at what other nations have done and the evidence there.

Ultimately, the measures have a huge impact on liberty, which affects people’s happiness and health. Twenty-eight per cent. of my constituents are over 65, whereas the national average is 17%. I therefore have a lot of elderly constituents who are unable to see their families. When they look at some of the other rules, such as that for five-a-side football, they just do not understand.

I say to Front Benchers: we rule by consent and we need people to come with us. People I speak to, who have been religious devotees of lockdown, now say, “I am just not going to do this any more.” The concern is that they will not follow some of the other rules, which make sense and should be in place. Professor Carl Heneghan, who is the leading scientist and director of the Centre for Evidence-Based Medicine at the University of Oxford, got it right when he said that

“the ‘rule of six’ could well be the policy that tips the British public over the edge. For it is a disturbing decision that has no scientific evidence to back it up”.

I look for that evidence, but I still do not see it. On that basis, I am afraid that I am unable to vote for the rule of six. I do not believe that it is proportionate and that it will do what the Government hope. I fear that it will do more harm than good."