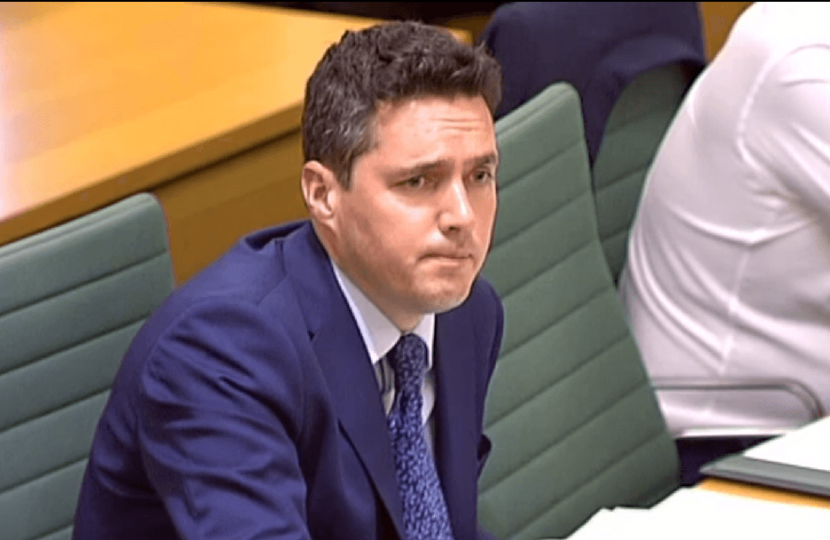 In a Transport Committee session where Transport Secretary Chris Grayling and a number of other ministers from the Transport department were questioned on the timetable changes that led to severe delays for passengers back in May, I asked the ministers whether there should be an independent verifier used instead of Network Rail for the approval of timetables. Later, I asked a number of questions on the future of the Govia Thames Railway (GTR) franchise, which was at the centre of the catastrophic timetabling issues. I asked whether the department was considering removing the franchise entirely and its own role in allowing GTR to previously get off scot-free for similar failings. The minister told me he would make a final decision on the future of the franchise in a matter of weeks.

I also spoke about rail compensation and my own rail bill which would allow passengers to be automatically compensated for service disruptions by introducing a smart-ticketing system. The minister said this could become the future of the rail industry.