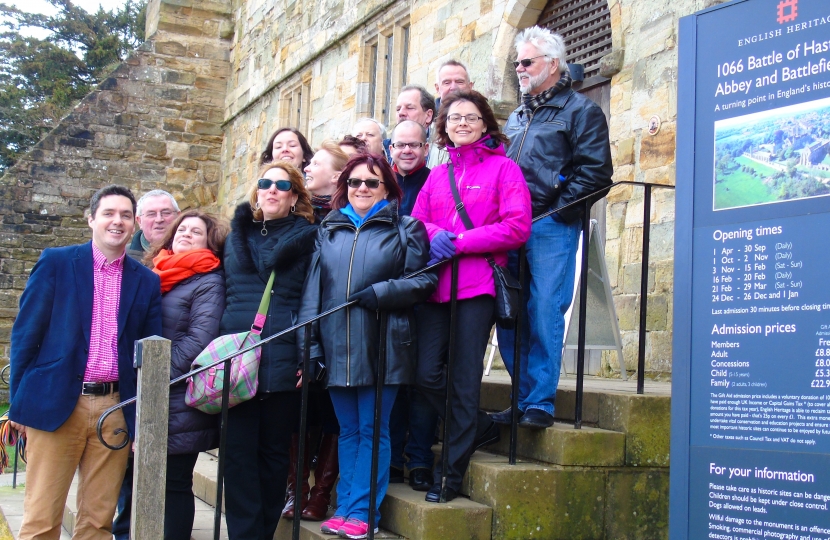 Local tourism was offered a boost when a group of Canadian tourism industry leaders visited Battle and its attractions. The team of travel agents visited the Battle Museum, where they viewed archives showing Canadian troops stationed at Battle during World War II. The team were then taken along the high street before being given a guided tour of Battle Abbey, which acted as Canadian Army HQ during the second world war, and the 1066 battlefield. The Canadian delegation were shown damage from a German bomb which had miraculously travelled all the way through the Abbey gateway, narrowly missing the adjoining munitions tower which would have caused a catastrophic loss of life to Canadian servicemen.

The Canadian team, who later moved to visit Hastings, were hosted by representatives the UK tourism board 'Visit Britain', Battle Museum, English Heritage, local historian Geoff Hutchinson, and Huw Merriman, Conservative Parliamentary Candidate for Bexhill and Battle. It is hoped that the visit will bring more Canadian visitors to the region, boosting local businesses and the tourism trade.

Huw said 'It was a delight to meet the Canadian delegation. We hope that our enthusiasm for the town will be shared by Canadian tourists who will visit over the years to come'.