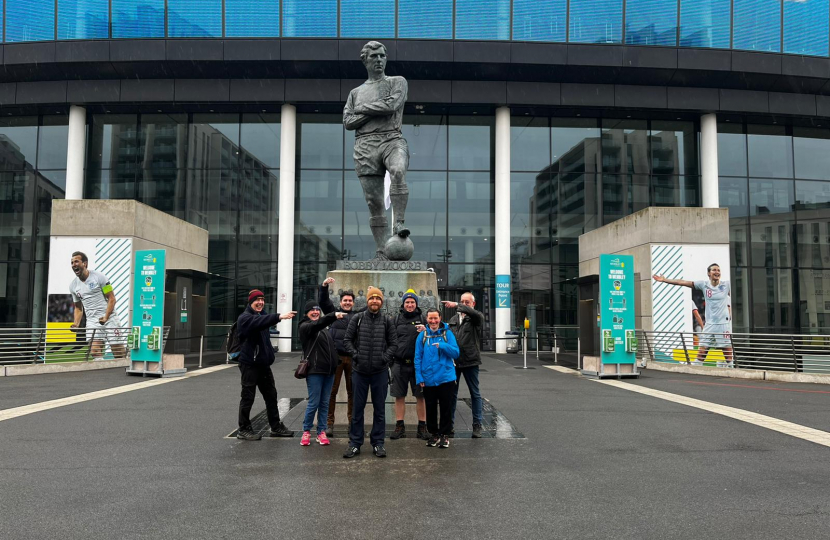 Stephen and Chris both have Motor Neurone Disease and have created a Foundation to create awareness of MND, to fund and assist research into the illness with the quest of finding a cure for the illness, to raise funds and offer grants to those with MND, as well as creating a network to help provide information and emotional support network for those diagnosed with the disease.

Craig, who is a Constituency Caseworker for Bexhill and Battle MP Huw Merriman started his walk on 6 April and was joined for the first few miles by Mr Merriman, family members, friends and Bradford City fans. His walk finishes on 15 April (Good Friday) when Craig will walk on to the pitch at Valley Parade when Bradford FAC plays Tranmere.

It’s a long way from the home of English football to the proud home of Bradford’s football, but I hope my walk will help raise funds for the Darby Rimmer MND Foundation and awareness of Motor Neurone Disease.

A big thank you to my father in law for planning my route and I hope anyone reading this will consider joining me along the way and dig deep to raise as much money as possible for what is a tremendous cause.