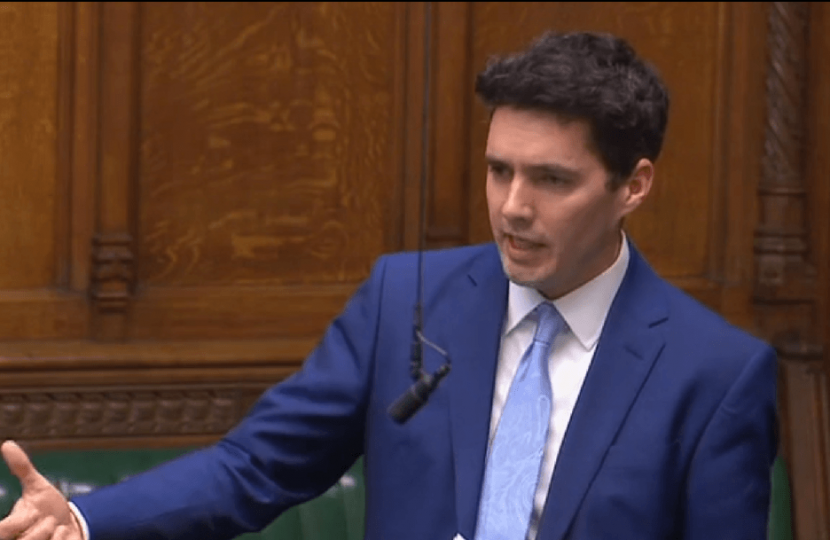 I spoke in favour of an amendment to the Offensive Weapons Bill, which would see knife crime prevention orders used as a means of clamping down on knife crime on our streets.

Having worked in a youth centre for 5 years, I have always passionately supported efforts to turn young people away from a life of crime and it saddens me that knife-related offences have risen to record highs.

This legislation would bestow the courts with more powers to identify those at risk of committing knife crime and allow the police to take preventative action to prevent more senseless and tragic violence.

We must maintain the confidence in our courts and magistrates to make fair, competent and effective decisions. I fully support the government's public health approach to tackling knife crime but recognise more must be done and we need a holistic approach making full use of available government agencies to deter knife crime and support young people. An alarming CSJ survey showed recently that 6% of Londoners confessed to carrying a knife in the past year. We have a contagion effect, where young people carry knives for protection, for recognition, and ultimately further endanger themselves and those around them. One mistake is all it takes to result in tragedy for communities, families and the victims of knife crime.

I agreed with the Mayor of London, who wrote to the Home Secretary requesting this amendment for the powers it would provide police to intervene earlier and with the senior Met Officers I have spoken with who have re-enforced this call. I believe we can achieve a cross-party consensus on this issue and believe these prevention orders are a step in the right direction to help rid us of the blight of knife crime.