Nazanin Zaghari-Ratcliffe: Huw Urges the Foreign Secretary for an Update 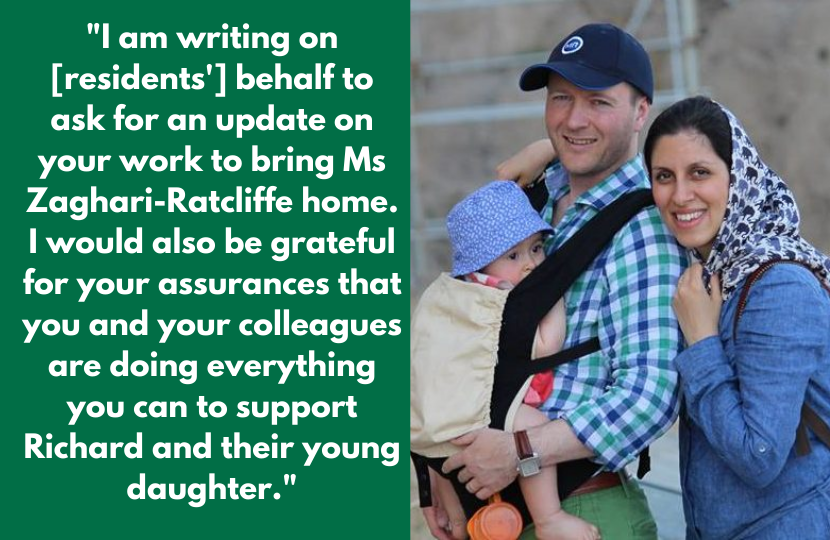 Update 17 December 2021: Huw received a reply from The Rt Hon. James Cleverly MP, Minister of State for the Middle East and North Africa which can be found as an attachment at the bottom of this page.

Local MP Huw Merriman has written to the Foreign Secretary asking for an update on her work to secure the release of Nazanin Zaghari-Ratcliffe. The letter has been sent following a number of residents getting in touch with Huw to raise Nazanin's case.

In the letter, Huw said:

I have recently been contacted by several Bexhill and Battle constituents with concerns about Ms Zaghari-Ratcliffe’s ongoing detention in Iran.

I am writing on their behalf to ask for an update on your work to bring Ms Zaghari-Ratcliffe, and indeed all other dual nationals that are detained in Iran, back home to the UK. I would also be grateful for your assurances that you and your colleagues are doing everything you can to support Richard and their young daughter.