My week in Parliament 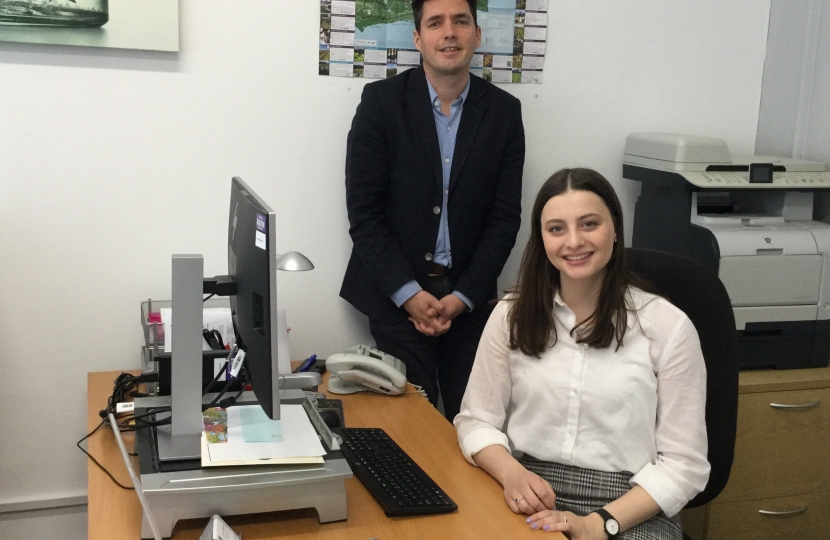 My week in Parliament has been a very enjoyable, as well as educational, experience. I have always had a great interest in politics and current affairs, so this has been an amazing opportunity for me and I have been able to gain a much broader view of the UK’s political system.

I have been lucky enough to be able to attend meetings with a number of people and learn about numerous topics such as, hydrogen trains and possible future advantages in aviation. As well as this, I attended the APPG on Bees and Pollinators, which Huw chairs, and I took part in a transport select committee visit to the site of HS2 in Euston, this was very interesting as it demonstrated how different parties can work together to achieve common goals. These experiences have shown me just how much work gets done outside of the chamber and I have seen first hand the amount of commitment Huw has to his job and to his constituents. It is clear that he genuinely cares about doing the right thing for the country and consistently speaks up on issues that he believes are important, no matter what the consequences may be.

Huw’s Parliamentary Assistant, Jessica, has kindly taken me around Westminster and shown me the work that she, Huw and Memuna, their intern, do on a daily basis. It was really encouraging to see how much hard work goes on behind the scenes to actually get things done in a place that can often seem archaic and I also watched a live debate in the chamber on serious violence. Jessica was also able to take me to the Prime-minister’s office and introduce me to numerous people in different jobs and departments around Westminster which was really interesting.

Overall, I have learnt that parliament is far more accessible than I first thought; it is easy for people to make a positive difference to the country if they can make their voice heard through their MP. My day in the constituency office showed me how Huw and Frances, his Parliamentary and Constituency Manager, make an effort to raise awareness of local matters and engage in local events to help the community.

This experience has only furthered my interest in politics and I am very grateful to have been so well looked after during my time in Parliament. It was lovely to meet such accommodating and friendly people who genuinely care about the work that they are doing, and this week has really encouraged me to pursue a career in a similar area.