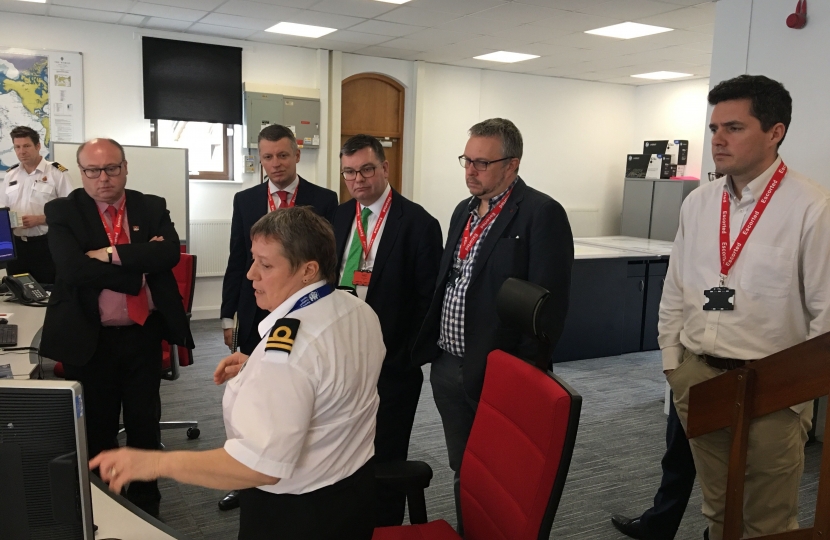 A Parliamentary review of coastguard safety has been launched with Bexhill and Battle MP, Huw Merriman, joining a cross-party committee of MPs to investigate search and rescue capability at sea.

Mr Merriman, and other MPs from the House of Commons Transport Select Committee, will assess coastal safety off the British Isles in light of the changes made by the Maritime and Coastguard Agency. The changes, introduced five years ago, led to some smaller stations across the UK being closed with operations transferred to neighbouring stations. Monitoring of the East Sussex coastline remained unchanged with operations located at Dover, which also monitors the English Channel.

Welcoming the review, Mr Merriman said “In East Sussex, we have experienced tragedies on our coastline over the last few years. As an MP with a coastal constituency, I am therefore particularly pleased to be involved in this review. There was a concern when the number of coastguard stations was reduced but these have been upgraded with new technology and additional staffing. Crucially, the centres now operate 24 hours a day and join together when major incidents demand.”

The MPs started their review by visiting the coastguard centre in Falmouth. The MPs discussed the changes with senior management and then spent time in the operations centre, talking to staff as they observed activity along the coast from banks of computer screens.

Mr Merriman told of how the cross-party group of MPs had found the staff to be enthusiastic about the new technology and their enhanced roles. He said "The coastguard team we have met clearly take great pride in their professionalism and are at the forefront of moves to deliver improvements to safety at sea. The staff showed us the latest in cutting-edge life jacket and beacon equipment which they are promoting to reduce the time spent on location and speed up rescues. It was reassuring to see the upgraded computer technology in action.’’

The select committee will meet again shortly in Parliament to decide how to take their review forward and make their findings public.