Huw writes to Southern Water About Sewage in Local Waters 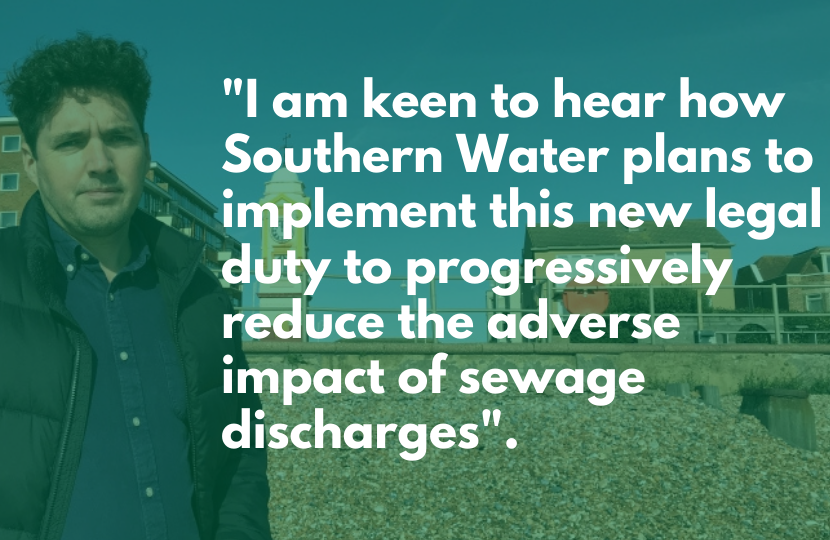 Local MP Huw Merriman has written to the Chief Executive Officer of Southern Water to ask how the company plans to reduce the adverse impact of sewage discharges that impact sea water in Bexhill alongside local rivers, streams and households when storm-surges occur.

Huw was one of 22 Conservative MPs who voted against the Government's first attempt to tackle sewage discharge by water companies, supporting an amendment from the House of Lords which would have introduced legislative steps to eradicate this practice.

The Government has now had a rethink and itself amended the Environment Bill to place a legal duty on waste water companies to bring an end to the practice of discharging sewage into rivers and the sea during times of heavy rainfall.