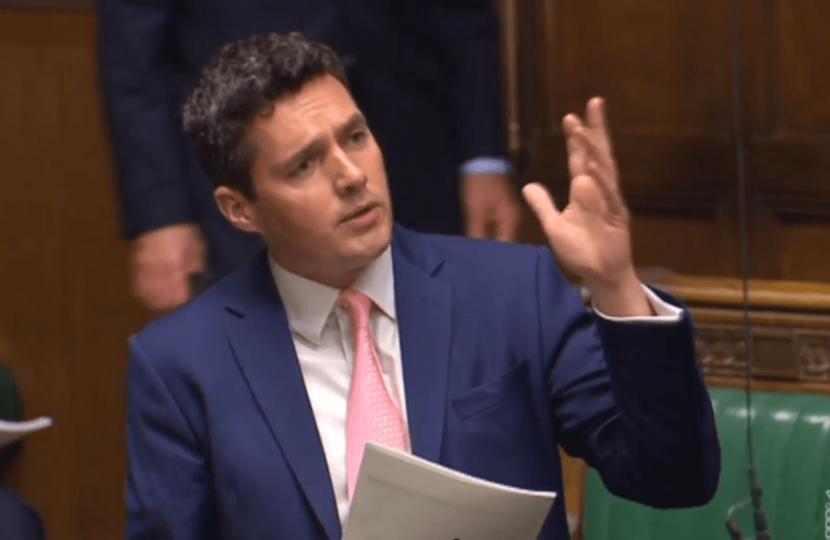 Following my trip to Africa with UNICEF to see how Soccer Aid money is helping young people, I invited the Speaker to join the Parliamentary Soccer Aid team and asked the Secretary of State for International Development if she would join me in thanking everyone who gives their time and money to such a worthy cause.

You can watch my question here: https://goo.gl/xQ7gL6 and read below.

Far be it from me to intrude, but I thought that the hon. Member for Bexhill and Battle (Huw Merriman) had an interest in a charity appertaining to soccer. As we might not reach his question, he could take the opportunity to intervene with a flying tackle now.

It is funny you should say that, Mr Speaker, because next month a group of largely unfit, slightly overweight wannabe celebrity footballers will be playing in the cause of Soccer Aid. I refer of course to the parliamentary football team. You would be most welcome, Mr Speaker, to don your Arsenal kit and join us, and show us how it’s done. On a serious note, I have seen the great work this money does in Djibouti in Africa. It changes people’s lives, including those of very young people. Will the Secretary of State join me in supporting everyone who gets involved with and donates to Soccer Aid for UNICEF?

I thank both you, Mr Speaker, and my hon. Friend for plugging Soccer Aid. Every pound raised by the British public will be matched by UK aid. You and he might also like to know that today Arsenal announced a three-year partnership with Rwanda.