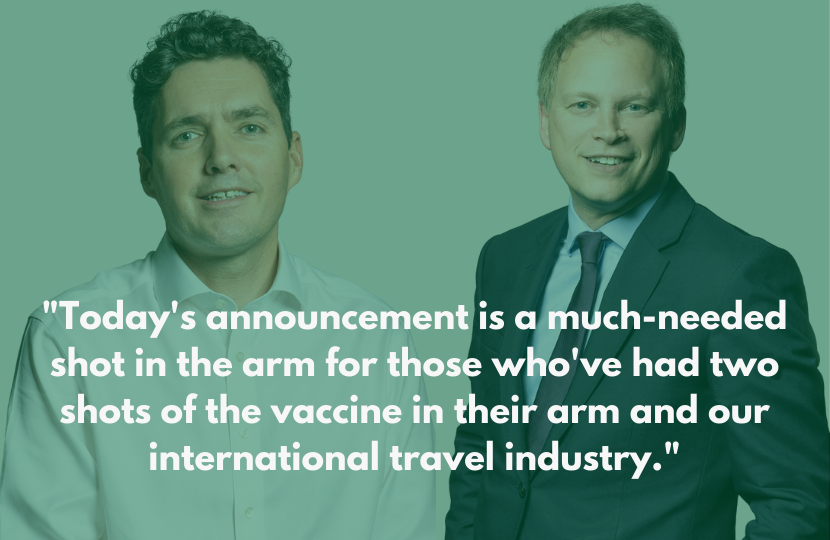 Local MP Huw Merriman has welcomed news that double jabbed Brits will be able to travel to amber list countries without the need to quarantine upon their return from 19 July.

Speaking in the Transport Secretary's statement, Huw called for the Government to now focus on other barriers to international travel, including by establishing an affordable testing regime and considering the use of cheaper lateral flow tests for those returning from amber list countries.

After the Statement, Huw said:

It’s vital that Govt does not rest on its laurels. Green and amber categorisation remains critical for young families, where most parents will not be double jabbed until late summer. For these families, we must expand the green list so they can benefit from the same freedoms