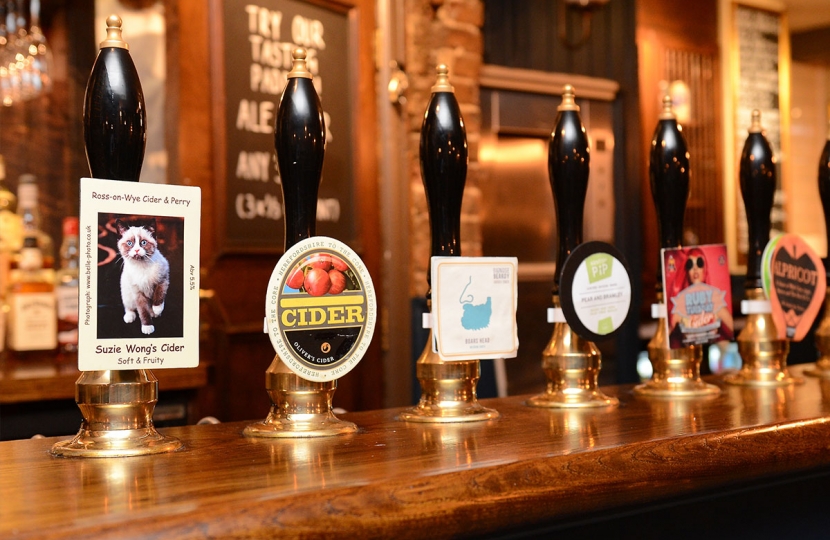 Huw Merriman, MP for the Bexhill and Battle constituency is urging his constituents and local pubs to take part in the World’s Biggest Pub Quiz, a UK-wide charity event which will be held between 8-12 March.

The event is the brainchild of PubAid, an organisation established to highlight UK pubs as a force for good in their local communities. Every year, pubs across the UK raise more than £100 million for good causes and supported grassroots organisations to the tune of £40 million. Since the World’s Biggest Pub Quiz was launched in 2016, it has raised more than £750,000.

Commenting on the World’s Biggest Pub Quiz. Huw said “The World’s Biggest Pub Quiz ticks a lot of boxes. It’s a great way of bringing together people from across the local community, giving them a fun and sociable evening of quizzing, while also raising money for a worthy cause. I’d urge people to find a pub near them, like The Smugglers Inn in Pevensey, who will be hosting a quiz and take part as a way of supporting charity and their local.”

This year’s Charity partner, Action Against Hunger, specialises in treating young children facing malnutrition, a disease which is responsible for almost half (45 percent) of all deaths of children under 5. In fact, malnutrition causes more deaths of young children than Malaria, Tuberculosis and HIV combined.

Those pubs choosing to support the charity will be helping to save the lives of children who are facing life-threatening hunger.

“We are thrilled to have been chosen as the charity partner for PubAid’s “World’s Biggest Pub Quiz.

“Climate change and conflict has seen global hunger levels grow for the third consecutive year. This is incredibly concerning when you factor in the fact that almost half of all deaths of babies and young children are as a result of malnutrition.

“This is something that we need to be talking about and where better place to start that conversation than down the pub.

“Here’s hoping that lots of pubs choose to support our mission. Every £1 raised for Action Against hunger will pay for a days-worth of treatment for a child facing life-threatening hunger.

As well as pubs, this year has also seen local community groups and restaurants getting in on the action, testament to the quiz’s growing appeal.

To find out which pubs in your area are taking part, visit:

PubAid is a working party created in 2009 to highlight UK pubs as a force for good in their local communities, sharing the message that they raise over £100m per year and contribute £40 million to grassroots sport. PubAid runs the World’s Biggest Pub Quiz, which takes place every March.

About Action Against Hunger UK

Action Against Hunger is the world’s leading charity in the fight against child hunger, treating more young children for life-threatening hunger than any other charity.

In 2018 Action Against Hunger supported more than 21 million people across 47 countries.