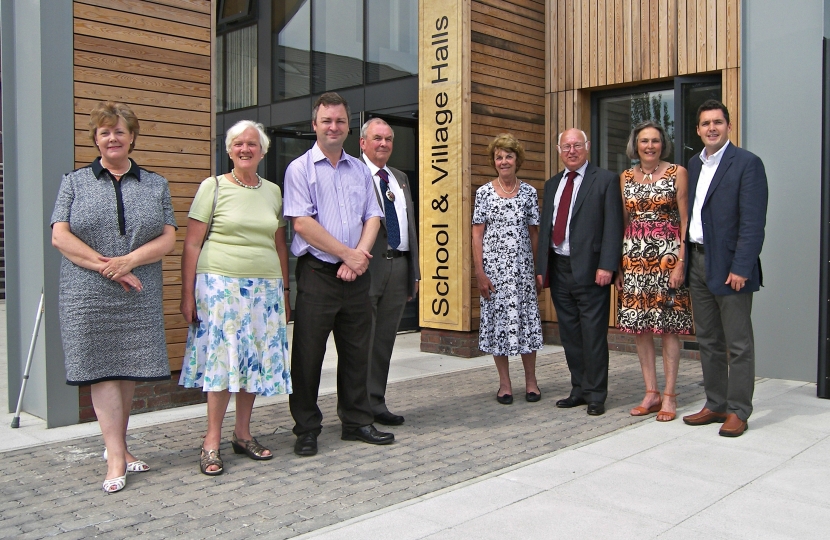 The new buildings which were funded by a partnership between the Diocese of Chichester, East Sussex County Council and Rother District Council and the village’s Parish Council and Trust were officially opened in a ceremony attended by villagers, parents and local civic leaders.

The community of Etchingham led a pioneering campaign to have their building development border extended, in order to grant the building of private and affordable housing which raised funds for part of the project. Despite reservations from planning officials, the village won the battle and the school and village halls are now open for business for the parish and its surrounds.

Huw Merriman, MP for Bexhill and Battle, who attended the opening said “The new school and village hall are a landmark for all of those who worked so hard to get first class facilities for their village. By coming up with imaginative ideas, and having the staying power to see them through, the village has left a legacy for many future generations to use and enjoy”.