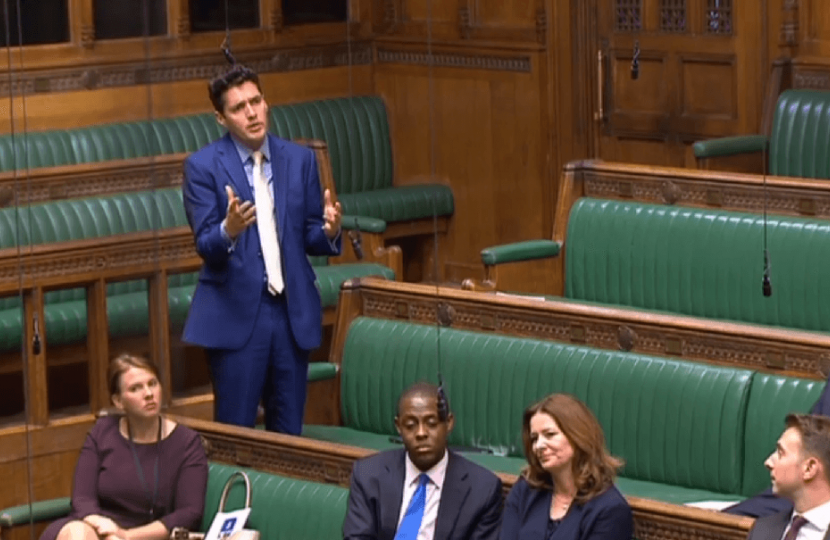 Amidst ongoing protests on climate change, Huw welcomed the Government's commitment to use the international aid budget to support developing countries meet the challenge.  But he asked the International Development Minister what more could be done to persuade countries such as China, who are leaving a large carbon footprint in countries in Africa, to do better.

The Minister reported that the Chancellor Philip Hammond had been in China this week emphasising the importance of taking into account the UN’s Sustainable Development Goals in terms of development projects and said she was pleased to see that China and other countries were investing in climate change solutions in London. This, she said, was an initative where the UK had shown real leadership.