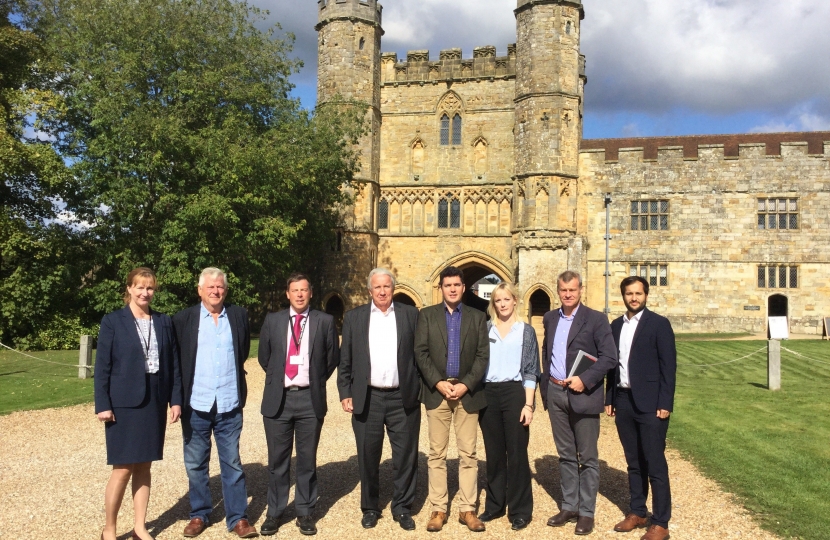 Representatives from English Heritage, Battle Abbey School and Battle Town Council joined Huw Merriman MP and visitor attraction and design industry experts this week to discuss the next stages in the bid for Battle to become the temporary UK home for the Bayeux Tapestry. The industry experts, who have previously worked on sporting and cultural projects, including the London Olympics, offered their insight and design proposals. Work is now progressing towards a bid to the Department of Culture, Media and Sport should, as expected, France be willing to lend the exhibit to the UK. Mr Merriman and Amber Rudd, MP for Hastings and Rye, have already written to the Prime Minister setting out the case for 1066 Country to win any bid to host the tapestry.