Watch: My speech on climate change 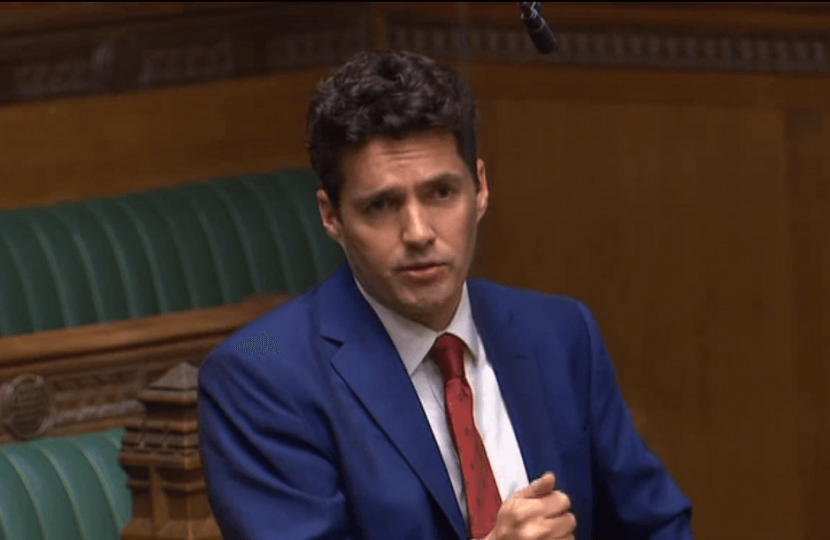 I recently participated in the debate on climate change in the House of Commons. This is a vitally important topic, but we must recognise the progress the UK has already made. I noted that we have reduced emissions by 44% since the 1990s, leading the other G20 nations. Since 2010, the proportion of electricity generated by renewable sources in the UK has risen from 6% to 44%. While there is still more to be done, I urged the House to recognise these substantial improvements and believe that the UK is more than capable of meeting the ambitious targets and standards we have set ourselves.

However, I also wanted to raise the fact that the UK cannot be held solely responsible for climate change. China for example, pollutes more in a single year than the UK has done over the last century. We should be using our soft power to encourage nations like China to adopt cleaner sources of energy and help them realise this is environmentally, and even economically unacceptable. While I appreciate the commitment of young people and campaigners to raise this  issue, it is important we also defend our record and acknowledge the fantastic strides the UK has already taken to address this challenge.

You can watch my speech below:

It is a pleasure to speak in this debate.

I absolutely understand the concerns about climate change that have been registered loudly recently, and it is absolutely right that we take them into account, but it is also hugely important that we talk about the progress we have made so far and about building on it, rather than looking at the issue with too much fear and ignorance. I am proud that the UK leads the way, with the most impressive performance in the reduction of emissions among G20 countries. We have managed to reduce emissions by 44% since the 1990s. It is absolutely key that we drive forward, but we should do so in the belief that we can reach the ambitious targets that we have set ourselves.​

Let us take renewables as an example. Back in 2010, only 6% of our electricity was generated from renewables; now, we are at almost 40%, so we should be optimistic. We should tell ourselves that we can do more, but we should also be proud of what we have done and try to lead the way when it comes to the rest of the world. My big concern is what is happening in China. It used to be the case that 70% of our power was reliant on coal. We have reduced that to the point where coal-fired power stations should be phased out by 2025. That is great news, but in China 70% of its power is reliant on coal, and it is currently building hundreds more coal-fired power stations.

The reality is that even the big steps that we take will not make that much of a difference to our one earth, but the small steps that the Chinese can take will make a huge difference. I would like to see this country—this Government—using our soft power to lead China and tell it that it is not acceptable from an environmental or even an economic perspective for it to continue using fossil fuels in the way that it does. We should use our expertise and innovators to try to take China to a better place. The reality is that China pollutes more in a single year than the UK has polluted in 100 years. China will soon be responsible for more pollution than Europe and the US put together, so it is vital that we press the Chinese to do more.

I want to send out the message to young people that, yes, they should be concerned, and that, yes, we should listen to them, but please let us start on the basis that this country has done more than most across the globe and has got itself into a better position. We will deliver more—we are committed to delivering more—but let us deal with the facts and not just the ignorance.