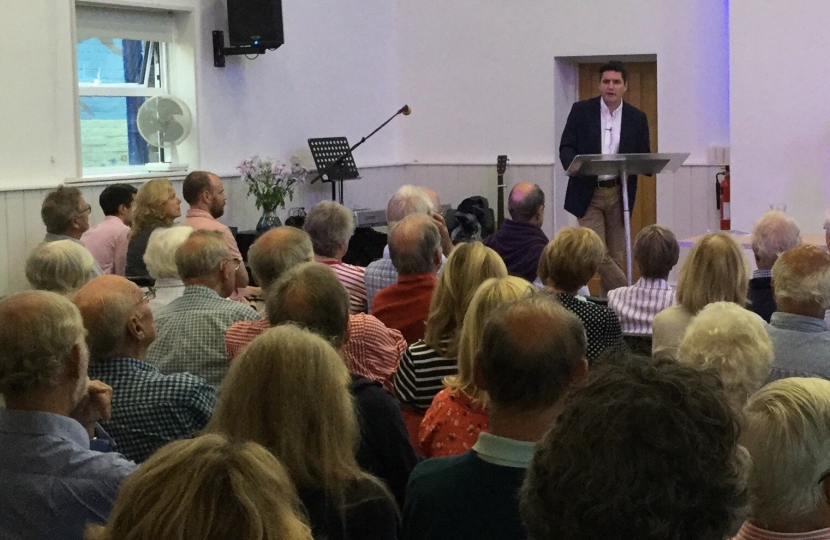 Huw held public meetings last week in Bexhill, Battle and Heathfield to explain the process of the UK leaving the EU and discuss the options with residents. The meetings were attended by over 500 people who gave their views to their MP.

Huw said "Having had a BBC Breakfast TV crew follow me around the constituency at the beginning of summer as I asked for EU views, it was clear to me that constituents wanted more balanced information. They wanted to look beyond the headlines and noise in Parliament and understand the detailed process of leaving the EU, what had occurred so far and what the options are. It is no good using sound-bites or media messages on an issue so complex. These meetings were an opportunity for me to set out the terms of the deal proposed to the EU or, if that option fails, what a no deal scenario would mean. It was good to see so many constituents take the time to listen and give me their views and ideas."

The MP intends to repeat his public meetings in the coming months, following the end of negotiations between the UK and the EU, when the likely outcome will become known and brought before a vote in Parliament.