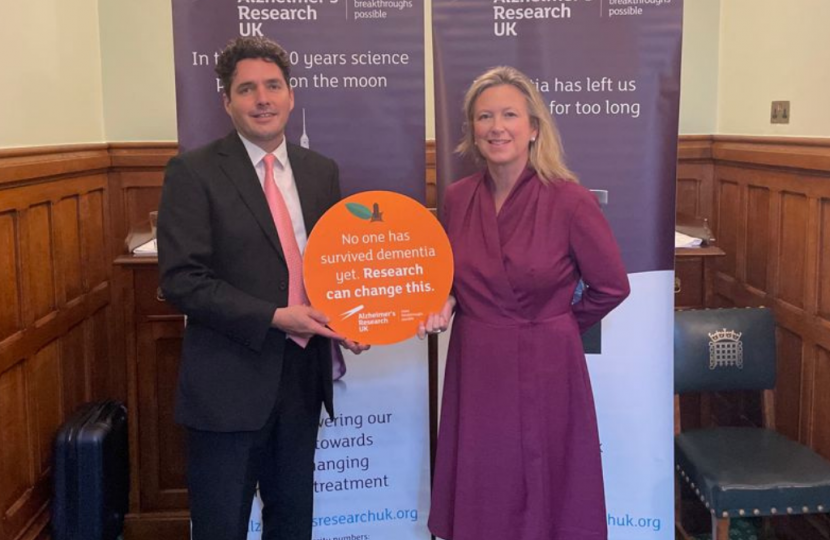 Commenting, Mr Merriman and Ms Hart said: ‘We are grateful to Alzheimer’s Research UK for coming to Parliament to mark World Alzheimer’s Month and ensure Parliamentarians are engaged in supporting those with the condition.

“With the prevalence of Alzheimer’s increasing and no treatments available in the UK to delay the onset, slow progression, or cure the diseases that cause the condition, it is ever more important that dementia research remains on the agenda”.