Huw Welcomes Chancellor's Plan For Jobs in Bexhill and Battle 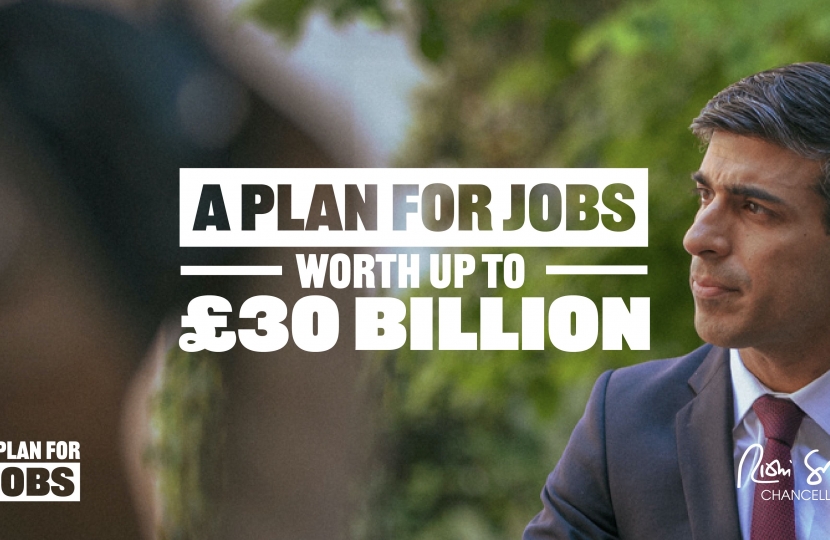 Local MP, Huw Merriman, has welcomed the Plan for Jobs set out by Chancellor Rishi Sunak on Wednesday (8 July), saying it provides much-needed support to businesses across the Bexhill and Battle constituency.

Since the start of the coronavirus pandemic, the Government has said it will do whatever it takes to protect people and businesses from the immediate economic crisis. As part of this, more than 10,500 jobs have been supported through the Coronavirus Job Retention Scheme, allowing employers to put workers on furlough while the Government supports their wages in the Bexhill and Battle constituency. Over 5,000 self-employed people have claimed a total of £15,300,000 from the Self-Employed Income Support Scheme.

The Chancellor has now set out the second phase of the Government’s response, focusing on jobs: supporting people to find the jobs that are out there, creating new jobs through investing in infrastructure, and protecting jobs by revitalising the hard-hit sectors upon which many jobs depend.

As part of this, employers will be encouraged to retain staff who have been on the furlough scheme, with the Government paying a one-off bonus of £1,000 for every employee who was furloughed and who is kept on until January.

Also included in the Government’s £30 billion Plan for Jobs:

The Chancellor’s Summer Economic Update, along with the New Deal for Britain announced by the Prime Minister last week, will benefit people and businesses across the Bexhill and Battle constitency. For the South East this includes:

The Government will soon turn its attention to a third phase – a moment for rebuilding. The Chancellor will produce a Budget and a Spending Review in the autumn.

“During the coronavirus crisis the Government has supported jobs and incomes with an unprecedented and comprehensive package of support.  It is vital that we continue this support whilst re-starting the economy to make sure that those jobs which were protected by the furlough scheme are now secured for the future.

The new Kickstart scheme provides real financial incentives for employers to hire and train our young people in new careers means to ensure that they do not become economic victims of the coronavirus crisis.

I will be working hard with local stakeholders to make sure that future infrastructure funding comes to our part of East Sussex, whether by way of new hospital buildings or investment in local roads and rail. This is our opportunity to bid for projects which we know will help to grow our local economy so that we can secure quality jobs and homes for future generations.

On a local level, we now all need to do our bit by supporting our local shops and businesses so that our towns and villages remain great places to live and work.”