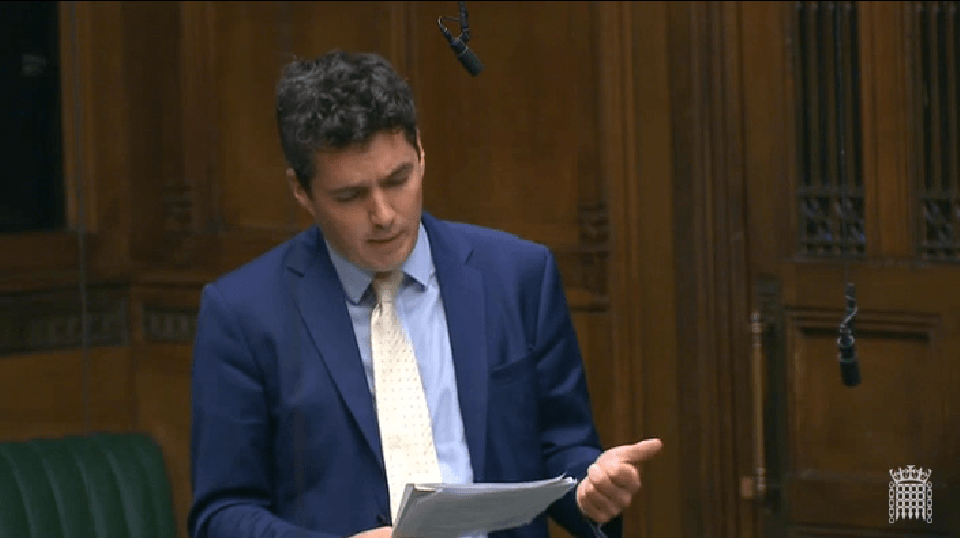 At the second reading of the Agriculture Bill yesterday (Wednesday 10th October), Huw added to calls for food production and food security to be included in the Bill. He also encouraged proposals under the Bill to reduce the administrative burden placed on farmers through forced inspections, saying that farmers should instead be left to  "get on with their job" and be rewarded based on their yield. Video here: https://goo.gl/REcjxj

It is a great pleasure to be the last to bring in the harvest of contributions on the Bill.

I wish to put on record my interest in the Register of Members’ Financial Interests and my chairmanship of the all-party parliamentary group for bees and pollinators. I have an interest not only in the production of food but in enhancing and sustaining the built environment around us and in habitat protection. I, too, wish to associate myself with calls for more references to food production and food security in the Bill. Of course, I encourage financial assistance for environmental good, but I am concerned that there is not enough reference to food production in the Bill.

The amount of food that the UK produces has fallen from 100% to about 60% in the past 50 years. We should encourage farmers to produce even more food to ensure that we have food security in an uncertain world. I am proud to represent an area of East Sussex covering 200 square miles, 75% of which is an area of outstanding natural beauty, much of which is managed by the High Weald AONB. The average farm in my constituency covers about 120 acres. It is grazing pastureland with a ​low yield. Those farmers rely greatly on the basic payment that they receive. Without it, their income will be reduced by 30%. I am concerned that if we do not reward those farmers for the food that they produce we will not see the same number of livestock in our AONB, which helps with the management of the AONB.

I also have great concern with regard to the very worthy element of clause 7(7), which seeks to allow new entrants into the market. Of course I encourage new entrants and the Bill’s nod towards improved productivity, but the difficulty in my part of the UK is that our pastureland tends to be purchased by investment bankers from London who are seeking their own piece of tranquillity. Any further incentives on sale, particularly in the event that food production is not at the heart of the Bill, will mean that there is not as much incentive to farm, and those who purchase the land will not use the land for farming. I have great concern, because our landscape is already being changed by those who are not farming. We know that legislation can throw up the law of unintended consequences. If we are to have this worthy clause in the Bill, I ask that measures are taken to ensure that there is some form of disincentivising to purchase the land for those who will not farm. Otherwise, there could be an impact on my landscape.

I welcome the Bill, including the measures to reduce the administrative burden on farming. In the event that there are not more protections for food security, I ask that we go further in that regard. The farmers I speak to find it incredibly difficult that they are rewarded not on the basis of yield, but on the basis of the number of inspections they tend to have. I refer back to the 100% production post war. We did not reach that production by forced inspections of our farms. Those farmers did that because they knew how to farm. If we let farmers get on with their job they will deliver the goods, and they will also deliver the environment. Overall, I very much support the Bill.