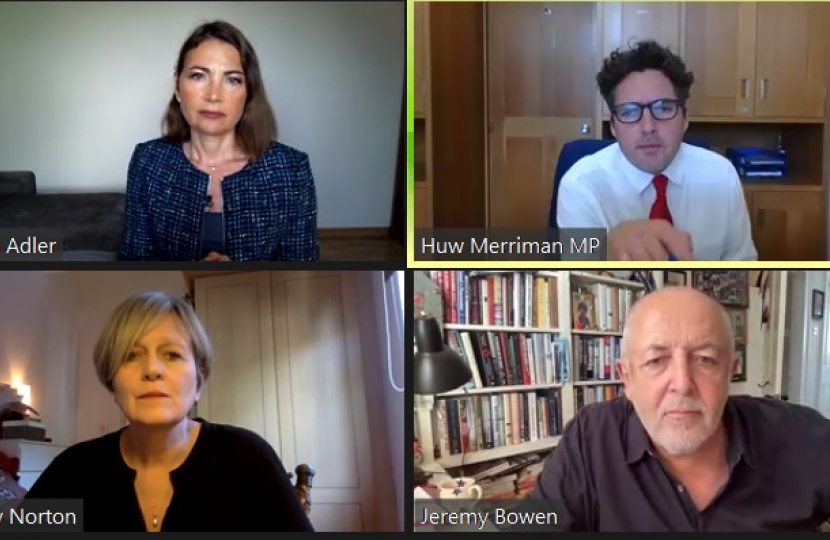 This was the second in a series of updates by BBC journalists on the situation in the region which, as well giving an update on Russian advances in Ukraine, also covered the wider political and economic impact across Europe and globally, challenges faced by journalists reporting on the conflict and efforts to ensure impartial news and updates continue to reach all audiences, including those in Ukraine and Russia.

After the briefing, Huw, who chairs the BBC All-Party Parliamentary Group, commented:

"It was a pleasure to chair this event and hear from those on the frontline about the situation in Ukraine. The BBC continues to play a vital role in bringing informative and impartial news from the frontline of the conflict to audiences in the UK, as well as in Ukraine and Russia. We owe a huge debt of gratitude to the courage and hard work of their reporters."