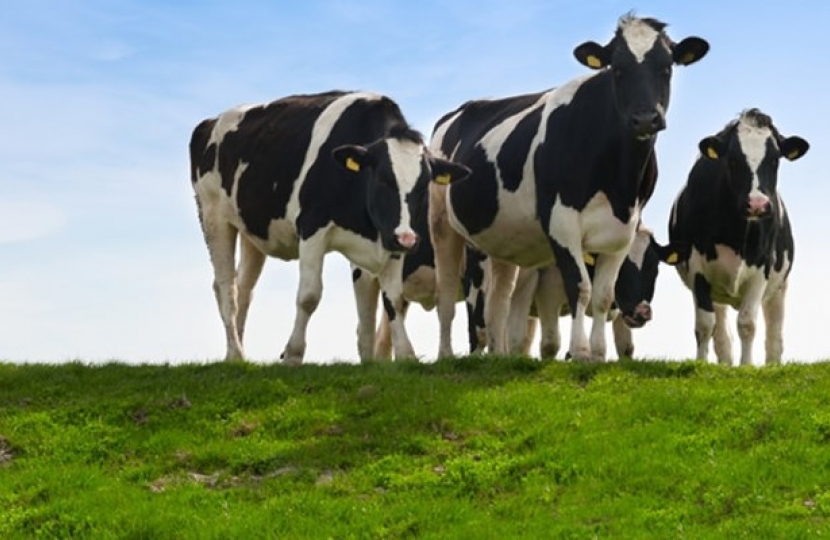 It has been a challenging few years for dairy farmers, partly due to aggressive supermarket pricing, and we have seen a decline of the number still in business; we must help the few that are left. As a result of this new risk, I joined meetings with the National Farmers Union (NFU) to discuss how best to support dairy farmers. In conjunction with this, I also attended meetings with the Secretary of State at the Department for Environment, Food and Rural Affairs to ask what the Government is doing to help the sector.

Approximately 5% of all milk produced goes into the service trade and as this demand has declined substantially some dairy farmers have been impacted. Large dairy companies have been able to diversify and therefore over 90% of farmers are getting the same price as before. However, some dairies have put 40% of their milk supply on a spot price, which means that some farmers are getting a significant decrease in the price of milk per litre. This has affected around 730 farmers. The figure of 2,000 farmers that the NFU claims are affected, includes farmers that have had a price cut of any amount – even if by 1 penny. A small reduction of a couple of pence is normal at this time of year as it is prime milk producing season.

In order to support these farmers, DEFRA has looked at several options. One of which was the Production Reduction Scheme, where the Government pays farmers to reduce production. After careful consideration the Government concluded that this would not work in the current circumstances. This is a temporary disruption in the market that is affecting a minority of farmers. The Scheme would require farmers to “dry off” cows, which cannot be achieved quickly, and would instead incentivise the killing of healthy cows.

Instead,  the Government will ease competition law to make it easier for processors to come together and voluntarily work out how to ease production down in order to create the space in the market for that milk that currently has no home and to support a recovery in the spot price. The Agriculture and Horticulture Development Board and Dairy UK have been asked to coordinate this. The Government will run a promotional campaign for milk products alongside this. Early analysis has shown that this will get the market back in balance.

Ministers are also considering a hardship payment for the 730 farmers who are suffering, but I should stress that this is dependent on how well the market stabilises. The Secretary of State is also aware that banks have been reaching out to those farmers and supporting them financially, for example, granting payment deferrals.

This approach will allow the milk market to adjust to the change in demand while allowing production to be restored when shops, restaurants and pubs are able to open again.