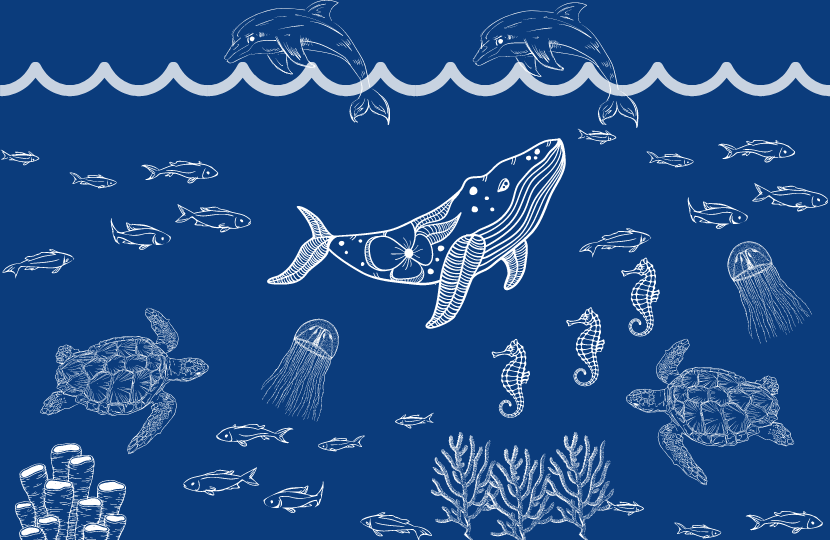 A number of constituents have contacted me about the Protect the Oceans campaign.

Plastic pollution, warming sea temperatures and human impacts are having a significant impact on the world’s marine environments and even putting certain species at risk of extinction.    I am pleased that the UK is leading the way on this issue, having been the first country to call for a global 30 per cent target at the United Nations General Assembly last year.

The government’s commitment to marine protection forms a key part of the 25 Year Environment Plan. As part of this plan, the government has also introduced one of the world’s strongest bans on microbeads to protect our ocean, in addition to the plastic bag charge and ban on straws, stirrers and cotton buds.

In September 2019 the government formed a new global alliance to help drive urgent action to safeguard the world’s ocean and protect its precious wildlife.

The Global Ocean Alliance will push for the trebling of existing globally-agreed targets so at least a third of the ocean is safeguarded in Marine Protected Areas over the next decade. These protections help sensitive species such as seahorses, turtles and corals to thrive, and can help fight climate change by protecting key carbon habitats such as mangrove forests and seagrass meadows. It will also call for the 30by30 ambition to be adopted at the next Convention on Biological Diversity conference in China and introduced into international law through the High Seas Treaty in 2020.

Less than 10 per cent of the world’s ocean is currently designated as Marine Protected Areas. But science shows such areas are one of the most important ways to protect precious sea life and habitats from damaging activities – and evidence supports a target of at least 30 per cent to reverse existing adverse impacts, preserve fish populations, increase resilience to climate change, and sustain long-term ocean health.

The UK government designated 41 new Marine Conservation Zones in May 2019, marking the most significant expansion of England’s ‘Blue Belt’ to date. The UK now has a total of 355 marine protected areas in waters around Great Britain and Northern Ireland and an independent review is considering whether stronger protections should be introduced.

It also follows recently announced UK-backed plans for more than 150,000 square miles of a ‘no take’ zone around Ascension Island, closing the off-shore area to any fishing activity. This will support the protection of key species such as green turtles.

I welcome that the UK has accepted the position as Ocean Co-Chair of the High Ambition Coalition for Nature and People. Between this and the UK-led Global Ocean Alliance, there are now 80 countries supporting a target to protect at least 30 per cent of the global ocean by 2030, and Ministers are working to secure this target's adoption at the Convention on Biological Diversity Conference of Parties later this year where the post-2020 global biodiversity framework will be adopted.

Domestically, the UK Marine Strategy supports the vision for ‘clean, healthy, safe, productive and biologically diverse oceans and seas.’ I understand that Ministers are currently preparing an update to the UK Marine Strategy Part 3, outlining the programmes of measures that will continue to move the UK towards Good Environmental Status in its seas. Further, it is encouraging that 38 per cent of UK waters are in Marine Protected Areas, and I agree that these must be effectively protected. I am pleased that plans to increase protections for England’s waters through a pilot to designate marine sites as Highly Protected Marine Areas have now been launched. I understand that the selected sites would see a ban on all activities that could have a damaging effect on wildlife or marine habitats.

Finally, the UK is driving forward action to reduce plastic pollution in the ocean, through the Commonwealth Clean Ocean Alliance, a growing group of 34 Commonwealth member states. Ministers have also committed up to £70m to help developing countries to prevent plastic waste entering the ocean, and to a new £500m Blue Planet Fund, to help developing countries protect the ocean from key human-generated threats, including pollution.

It’s clear we urgently need to do much more to protect our oceans. Creating ocean sanctuaries – like national parks at sea – is essential. These would keep out threats from industrial fishing, drilling and mining, giving marine life a chance to recover. Protected areas won’t keep out pollution or climate change, but they will give marine life the space to cope with these pressures.

Ocean sanctuaries allow fish stocks to recover, with more and bigger fish. Billions of people rely on fish for their protein and healthier fish means better food security for them.