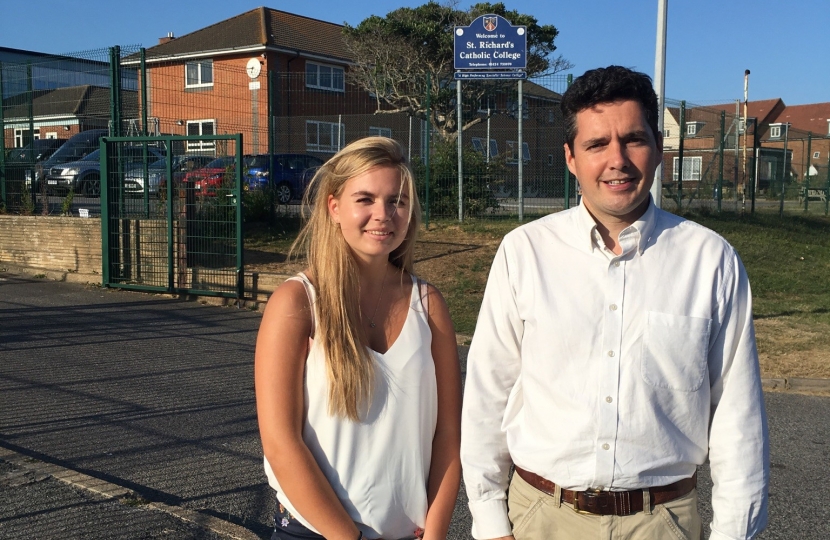 I began my week of work experience for Huw with feelings of scepticism around what MPs and other roles in Parliament actually do and I can now proudly say I have a much better understanding thanks to Huw and his team.

With the resignation of David Davis, Brexit Secretary, and Boris Johnson starting off my week to say I was about to encounter an exciting, once in a lifetime experience was an understatement. On day one, I toured 10 Downing Street and the House of Commons as I followed Huw who was taking on a Primary school trip up to Westminster. This allowed me to get some background knowledge of Parliament and how it all works before I began my involvement.

From just the four days I had in Westminster, I had opportunities to sit in and take notes for Huw in meetings ranging from raising awareness for Bees with DEFRA ministers, Gatwick airport, and the EU. In addition, I watched a debate in the House of Commons on the topic of Universal Credit and also witnessed external events to represent Huw’s close work with transport. When I wasn’t shadowing Huw, I was welcoming the task of research for him which enabled me to feel as though I was really helping the team.

On my last day, I had the chance to work closely in the constituency where myself and Huw attended a school debate at St Richard’s Catholic College on the topic of cloning humans which was both educational and entertaining to see an entire year be so involved in politics and obtaining such a high-quality level of speaking. To end the day we went to an event in Hastings on the subject of the Fisherman’s Protection Society where I met both Amber Rudd and Michael Gove.

In conclusion, I’ve had an incredible week, one that I will certainly not forget, and I will forever be in awe of the hard work that is put in by Huw and his team: Frances, Greg, Craig and Penny on a day to day basis. This experience has solidified my interest in Politics and I can’t wait to study it next year in Sixth Form.