Watch: Urgent Question on Covid-19 and the economic impact on Aviation 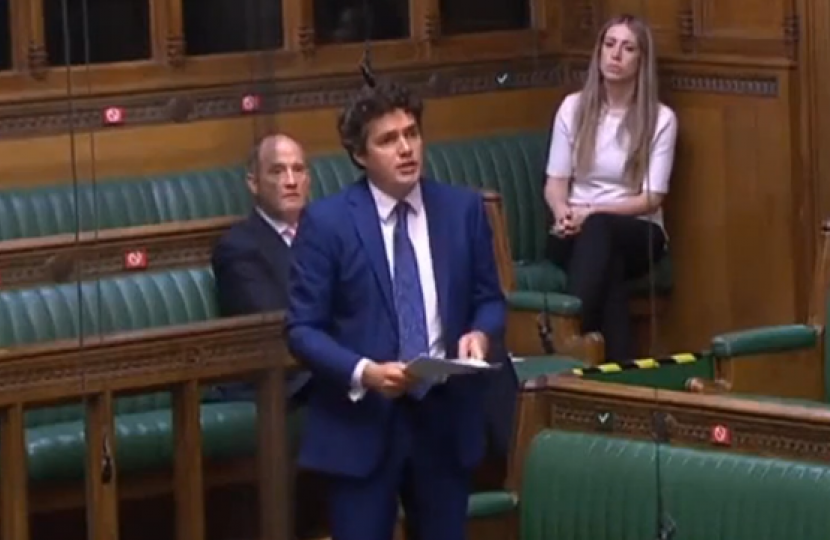 I was granted an Urgent Question to the Transport Minister, Kelly Tolhurst, to ask her to make a statement on Covid-19 and the economic impact on Aviation.

It was an impassioned session on aviation, quarantine and redundancies from British Airways and other companies. Thousands of BA employees threatened with redundancy have contacted me in my role as Chairman of the Transport Select Committee.

I was encouraged that the Minister signalled her support to the aviation sector and workforce.

Thank you, Mr Speaker, for giving aviation workers in your constituency and across the nation the chance to have their voice heard. I am grateful to the Minister for being a tireless champion for the sector.​

This is a hugely challenging time for the aviation economy. Job losses are inevitable, but many of us are concerned that companies are using the pandemic as a justification to slash jobs and employment terms—step forward British Airways, the only airline that is effectively sacking its entire 42,000 workforce and replacing it with 30,000 jobs on inferior terms. BA has tried that before, but its workforce resisted. It is ethically outrageous that our national flag carrier is doing that when the nation is at its weakest and when we expect the country to do its bit.

May I ask the Government to use their full weight to stop unscrupulous employers using the pandemic as a chance to slash terms and conditions? Will the Department ask the Civil Aviation Authority to undertake an urgent review of reallocating lucrative landing slots at Heathrow to companies such as British Airways that indicate that they are downsizing, and perhaps handing them to companies that wish to expand and take on workers? BA has 51% of Heathrow landing slots, including the most profitable to John F. Kennedy airport. Will the Government change the job retention scheme to stop employers using it while simultaneously putting employees on redundancy notice?

On quarantine, that is the wrong policy at the worst possible time for the aviation sector and the economy. It gives companies such as BA justification for shedding staff and worsening terms and conditions. Thirteen of our 15 most popular international destinations have a lower R rate than we do. Will the Government commit to reviewing quarantine, bringing in air bridges from safer destinations, and developing an immediate exit strategy to allow the aviation sector to plan ahead? The situation is grave, but there is still time to save the aviation sector with further Government support and action to ensure that companies such as British Airways do their patriotic duty and stand by their hard-working and loyal staff, rather than deserting them.

I thank my hon. Friend for his work as Chair of the Select Committee on Transport and the fair but firm way in which he is standing up for the aviation sector.

My hon. Friend asked about the Government’s ability to stop employers making poor use of the pandemic to slash terms and conditions. I certainly would not expect employers to use the pandemic as a chance to do so. I think most people would agree that terms and conditions are usually a matter for employees and employers, but employees have recourse to a number of options for support in cases in which that is happening. I highlight the fact that in crises such as this we would hope that all organisations that are taking such measures treat their employees with the social responsibility that one would expect. I will do everything in my power to make sure that that is understood by those organisations.

My hon. Friend asked about the ability to reorganise the slots process. He is right to raise that. The Government are currently legally prevented from intervening in the slots allocation process. However, we want airport landing and take-off slots to be used as effectively as possible for UK consumers. As the UK aviation market recovers from the impacts of this terrible disease, I want to ensure that the slots allocation process encourages competition and provides connectivity, so that is something I will be looking at.​

The Prime Minister has been clear, and I will be clear again today, that the job retention scheme was not designed for this purpose. It will be for Treasury to review the specifics of the scheme, and I am sure that colleagues will be taking note of today’s proceedings.

The Home Secretary will be making a statement on the quarantine measures immediately after this, and I do not want to pre-empt her, but I can confirm that the measures will be subject to regular review. My Department, through the aviation restart and recovery unit, is working non-stop with the sector and Government partners to plan for the future of aviation, enabling it to recover. No option is off the table, and we are looking closely at air bridges, which are also known as international corridors. I will be working tirelessly, as I have done over the last 10 weeks, to do whatever I can to mitigate the impacts that have been felt by the aviation sector.