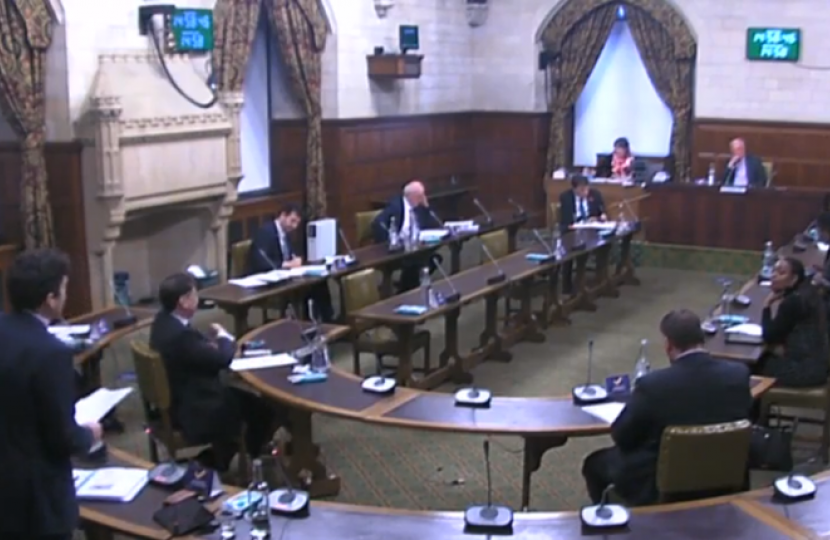 Many small and medium businesses just about survived during the first lockdown. Whether they will survive a second is less certain. We must support our local businesses by buying local, especially in the run up to Christmas.

Watch my speech in Westminster Hall:

"It is a great pleasure to serve under your chairmanship, Sir Edward, and I congratulate my hon. Friend the Member for Carshalton and Wallington (Elliot Colburn), who gave a fantastic opening speech and really set the scene. So many of us agree with him. I pay tribute to the three Members who spoke before me, all from various parts of Yorkshire—God’s own county. When we hear representatives from Yorkshire calling for more money to be spent, we know that we are indeed in unusual times.

I will focus on my concerns for small and medium-sized enterprises in my constituency, what we can do to urge our constituents and residents from across the country to support them before Christmas, and what the Government can do to support them. It is fantastic to see the Minister in his place. I worked with him before my political fortunes changed. It is great that he is in post, which means we have continuity for him to help in the Treasury.

My concerns with small business lie in the demographics of my constituency. We do not have large business in Bexhill and Battle. Small businesses, as my hon. Friend the Member for Carshalton and Wallington said, are the lifeblood at the heart of our local communities. They certainly are in my Bexhill and Battle constituency. I also have one of the highest proportions of workers on the living wage. Without the small businesses, we would not have the jobs that are there, but even the jobs that we do have are very low paid indeed. I am very ​concerned that those small businesses will not survive. That is why, with regret, I have been unable to support the Government’s November restrictions. Those businesses had done their best and survived during the first lockdown, but I was concerned they were going to really struggle to survive through the second. On a more optimistic note, it is fantastic news that it looks as though the vaccine is within reach. Ultimately, what our small businesses need is the consumers who will drive business, and I hope this will bring optimism back to them.

Despite the restrictions, the bigger operatives such as supermarkets are able to open up to all while smaller businesses complain that they are unable to open, which is regrettable. Having said that, we saw what happened in Wales when supermarkets tried to close certain aisles—it simply does not work. I want to focus instead on what we can all do before Christmas, because all retail businesses are able to open online. I would like to see a national campaign focused on November, a crucial month for many small and medium-sized enterprises, so that we buy local. Ultimately, we need to discourage people from doing their Christmas shopping on Amazon. A good example is a bookshop in Battle, Rother Books. We can buy its books through an online organisation called Bookshop.org, whereby the local bookstore gets the profits that it would receive if someone had purchased in the shop. I urge hon. Members to look at that for their constituents. I am also really encouraged by my Alliance of Chambers in East Sussex, the chambers of commerce, which is appealing for people to buy local, buy later and buy local online. I very much hope that constituents will do that. Again, it is important that we all take the lead and show our residents and constituents how they can find those businesses, and it is important that businesses innovate so that they are able to open during what will be a difficult month.

What more can the Government do before Christmas? I should align myself with some of the points made by my hon. Friend the Member for Carshalton and Wallington. When I visited businesses in my constituency over the summer, they could not have been clearer that without the Government’s furlough and the discretionary grant process, they would have gone under, so the Government really have stood by smaller businesses. I know that the Government’s target of 33% of total procurement spend each year by 2022 should be on SMEs. Given that we have nationalised large parts of the economy, I challenge the Minister to see whether we can make that target perhaps a little earlier.

In the remaining 30 seconds, I want to point out three areas to the Government. On house building, we have lost our small builders, but we will need them if we want to build back. We lost them during the recession of 2008, and it is vital that we let small builders start building so that we get the homes we need. Secondly, wearing my Transport Committee Chair hat, travel agents have been particularly impacted, and I would like to see a suspension of the package travel regulations so that insurers pay out for cancelled holidays, rather than the travel agent. We should better align our regulations so that when airlines are still flying but passengers cannot realistically go to destinations, it is not the travel agents that pay out, but the airlines.

Lastly, on aviation—the Treasury has an interest here—it is vital that we get people flying again. There are so many small and medium-sized enterprises that ​rely on aviation either indirectly or through the number of passengers who come through. Can we please find a way to reduce the number of quarantine days so that there is an incentive to pay to have the test? People will then end their quarantine early and start flying again. That is all I have to say, Sir Edward. I hope I have not gone too far beyond your limit. I warmly welcome the motion and hope that the Government will continue to support small and medium-sized enterprises."